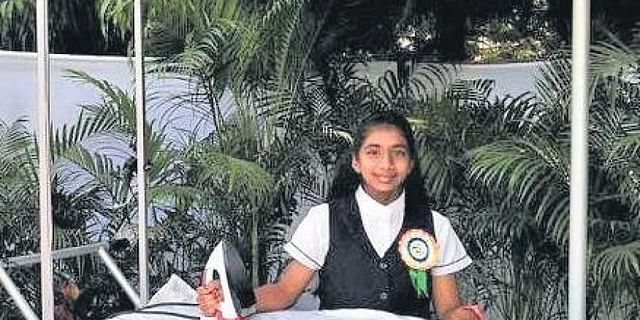 Vinisha Umashankar, a 14-year-old girl from Tiruvannamalai, has featured among 15 finalists for the first-ever Earthshot Prize, launched by Britain’s Prince William last year. Her project, one among the hundreds of nominations filed from across world, made the cut in the ‘Clean Our Air’ category.

Vinisha had won the prestigious Children’s Climate Prize in November last year, for designing a solar-powered mobile ironing cart, thereby providing an alternate solution to charcoal-powered irons that is used by millions each day.

The Earthshot Prize analysts noted that Vinisha’s solar-powered cart replaces dirty charcoal with clean energy from the sun. Five hours of sunshine powers the iron for six hours, which is a win for the environment and the vendors. Extra mobility means the vendors can sell at doorsteps as well as on the roadside. Built-in phone top up and charging points bring extra income as well. Overall, the ironing cart helps 13 of the 15 UN Sustainable Development Goals, they noted.

Vinisha’s project is one among the two Indian projects that made for the finals, the other one being a Delhi entrepreneur’s agricultural waste recycling concept, Takachar. They both will now receive tailored support and resources from the Earthshot Prize Global Alliance Members, a network of private sector businesses. The winners will be announced at an awards ceremony to be held at Alexandra Palace in London on October 17.

Godrej Security Solutions to ramp up its digital presence and ecommerce sales for festive season and beyond; aims at 50% growth through online sales in the next three years