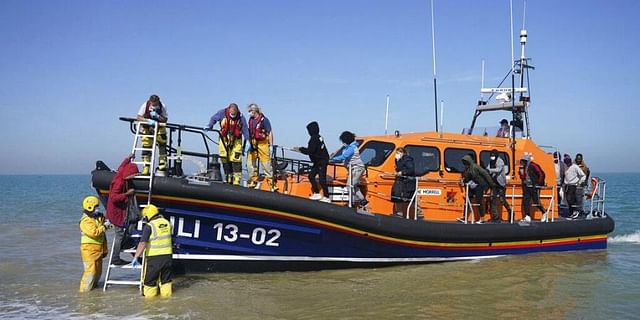 Britain and France traded barbs Thursday over what to do about a growing number of migrants trying to cross the English Channel in small boats.

After the British government briefed British newspapers that U.K. Border Force vessels could intercept boats and send them back to French waters, French Interior Minister Gerald Darmanin said France would “not accept any practice contrary to the law of the sea.”

Migrants have long used northern France as a launching point to reach Britain, either by stowing away in trucks or on ferries, or — increasingly since the coronavirus pandemic disrupted international travel — in dinghies and other small boats organized by smugglers. The British and French governments have worked for years to stop the journeys, without much success.

More than 14,000 people have made the crossing this year, according to a count by Britain’s Press Association news agency. In 2020, about 8,500 people made the journey, and several died in the attempt.

Earlier this year, Britain agreed to give France 54 million pounds ($74 million) to help fund a doubling of the number of police patrolling French beaches.

Interim Taliban government does not reflect what international community hoped to see: US