Who is Abhishek Mahananda ? 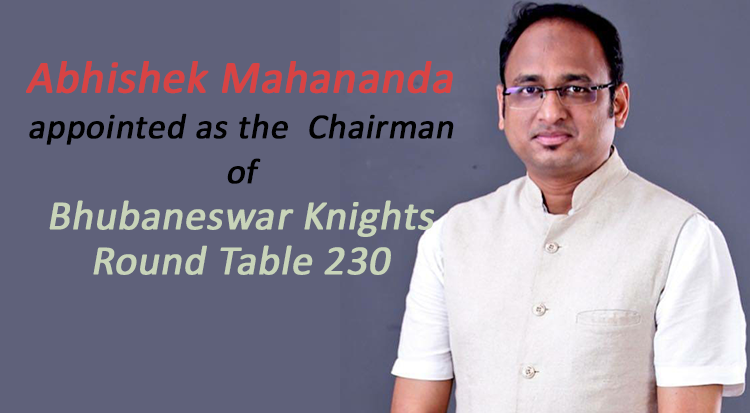 Abhishek Mahananda is an Indian Politician who was born in Bhubaneswar but hails originally from Bolangir District of Odisha’s western part. He was born in a political family of Bolangir. His mother Late Ashima Mahananda was a Senior Congress leader and eminent social worker. She was the President of Odisha Pradesh Mahila Congress for 11 years and National Secretary of All India Mahila Congress. Mahananda’s paternal grandfather Achyutananda Mahananda was a former Cabinet Minister in Govt of Odisha and 5 times MLA. His uncle Hrushikesh Mahananda was former Member of Parliament from Bolangir Lok Sabha. Abhishek’s maternal grandfather Dr HAREKRUSHNA MALLICK was a Member of Parliament in Rajya Sabha.

Mahananda did his schooling from Demonstration Multipurpose School, Bhubaneswar. He is an alumnus of BJB College where he contested in college elections. He then joined Department of Management Studies ,Utkal University for BBA. Mahananda moved to New Delhi in 2003 for his MBA in Marketing & International Business from IILM,Lodhi Road New Delhi

After the completion of MBA, Mahananda joined Citi Group as a Credit Officer. He went on to work with companies like GeMoney , Future Group and Bajaj Finance in various capacities in Credit, Risk & Analytics. In 2009 Mahananda left his job and started his entrepreneural journey. Mahananda now owns multiple businesses and is Director and major share holder in companies like Union Foods Private Limited , Mahananda Petroleum and Chemicals Private Limited and DMAC NETWORK PRIVATE LIMITED

Mahananda is a member of Indian National Congress ,he started his political journey from the college when he first contested in college union elections in BJB College in the year 2000, he joined NSUI in 2001 and became the State Secretary in 2004. Mahananda joined Indian Youth Congress and was designated as IYC Coordinator and was sent to Karnataka’s Tumkur Lok Sabha Constituency for membership drive of Indian Youth Congress in 2010. Abhishek Mahananda was appointed as the Convenor of Social Media Department of Odisha Pradesh Congress Committee, in 2017 Mahananda succeeded Former Speaker & Cabinet Minister Shri Kishore Chandra Patel as the Chairman Social Media Department of Odisha Pradesh Congress Committee. Mahananda a PCC Member from Bolangir District was an aspirant for MLA ticket from Loisingha Assembly Constituency under Bolangir Lok Sabha but was denied a ticket there at the last minute. He was later considered for Cuttack Sadar Assembly Constituency and went to contest in 2019.

Abhishek Mahananda married Pooja Arora in 2009. She was his friend and colleague from his Future Group. Abhishek and Pooja have one daughter named Aashima Mahananda who was born in 2015. Mahananda is currently the Chairman of Bhubaneswar Knights Round Table 230 a social organisation under the banner of Round Table India. Mahananda is also a member of Young Indians , CII