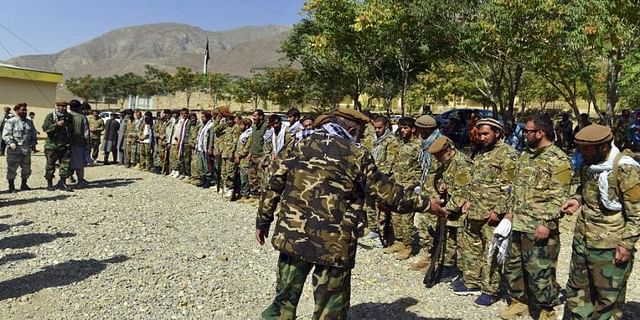 About 600 Taliban have been killed in Afghanistan’s northeastern province of Panjshir, Sputnik reported citing the Afghan resistance forces as saying on Saturday.

The spokesperson further added that the Taliban had problems with getting supplies from other Afghan provinces, Sputnik reported.

Meanwhile, the Taliban offensive against Panjshir resistance forces has slowed down due to the presence of land mines in the area.

A Taliban source said fighting was continuing in Panjshir but the advance had been slowed by landmines placed on the road to the capital Bazarak and the provincial governor’s compound, reported Al Jazeera.

Panjshir is the stronghold of the National Resistance Front, led by Ahmad Massoud, the son of late ex-Afghan guerrilla commander Ahmad Shah Massoud, and ex-Vice President Amrullah Saleh, who had declared himself caretaker president.

In Panjshir, former Vice-President Amrullah Saleh holed out alongside Ahmad Massoud – the son of anti-Taliban commander Ahmad Shah Massoud – admitted the perilous position of the NRF.

“The situation is difficult, we have been under invasion,” Saleh said earlier in a video message. “The resistance is continuing and will continue.”

As the Taliban takeover the war-torn country, the Shia Hazara minority in Afghanistan are regularly subjected to targeted killings, violence, and discrimination based on their religious and ethnic identity, said a Canada-based think tank.