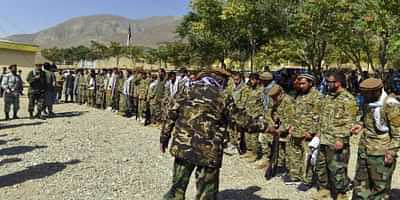 Asserting that India is Afghanistan’s “all-weather friend”, prominent Afghan activist and author Amina Zia Massoud has expressed hope that New Delhi will support the resistance forces fighting the Taliban in the war-torn nation.

In an interview to WION news channel, Amina, the niece of late powerful military commander Ahmad Shah Massoud who is also called the ‘Lion of Panjshir’ for leading the strongest resistance against the Taliban, said, “We are grateful for this incredible relationship we have had with India throughout the years.”

Speaking about India’s role in Afghanistan, Amina noted that India has been “Afghanistan’s all-weather friend”.

“During the first time when the Taliban came into power, my family was in Kabul and we left on the first flight to New Delhi. So I spent two years of my childhood in New Delhi. Personally, I have a special bond with India. As for their role, I would expect India to support a resistance,” the Afghan activist was quoted as saying in the interview in a press release issued by WION on Friday.

ED moves court against Anil Deshmukh for non-compliance of summonses