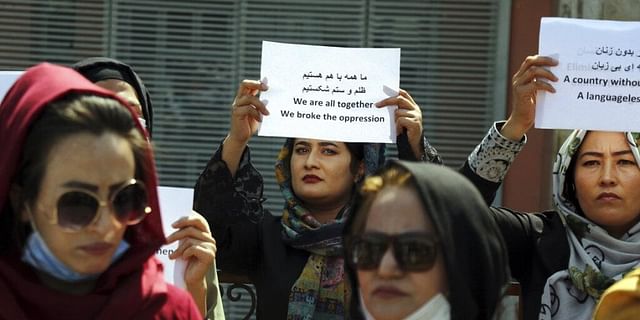 With their country yet again in a turmoil after the Taliban takeover, students from Afghanistan in Visakhapatnam are left high and dry as they fear they may soon run out of finances to continue their education here.

Kursow Inamyar, a student at Andhra University, said his family asked him not to come back home till there was at least a semblance of normalcy. Pleading the State governments and universities to help students like him if they continue their education here, he said, “Some of our parents have become jobless following a regime change back home. The Taliban have freezed bank accounts and no financial transactions are allowed.”

“Our family members are safe since they were not in the previous government. As we have no plans to go back to Afghanistan, we request the Indian government to support us as we are not getting any financial help from our families,” Inamyar said and urged his university to offer help.

At present, Indian Council for Cultural Relations (ICCR), which has an agreement with Afghanistan since 2005, is financially aiding many Afghan students in India. From Andhra University, close to 100 students from the land-locked country are pursuing BBA, BCom and BTech courses.

Gahra Mohammadi, an MBA student in Visakhapatnam, said Taliban were on a killing spree and not even sparing women. “They killed a pregnant woman a week ago. I am in touch with my family through the internet.”

Since the situation in Afghanistan is dicey, particularly for women, her family has asked her to stay in India. “I have no plans to go back home and, as such, urge the Government of India to help Afghan students here.”

In her third semester now, Gahra, who hails from Kabul, wishes to pursue PhD from an Indian university if she is granted a scholarship. Having been living in Vizag since January 2020, she said her family sent her money earlier. But now that her father and brother both lost their jobs, they cannot finance her anymore.
Echoing similar feelings, another Afghan student, Nebula, said they are getting good support from the university authorities.

“Taliban are ruthless and resort to genocide,” she said and added her family members are safe back home. “I am not sure how long it will take for people there to lead a normal life. Till then, we all have our fingers crossed.”

Meanwhile, Afghan students on Thursday staged a demonstration at Andhra University to raise their voice against the Taliban. They said as a young educated generation they want to raise the voice of Afghan people, and demanded complete freedom for Afghanistan from the clutches of the Taliban. They urged the UN to not legitimise the Taliban.

They added they support the resistance to the Taliban from the Panjshir Valley. “People in Afghanistan are unable to raise their voice, and if anyone dares to do so he or she is killed. Women’s rights, which were achieved 20 years ago, are now at stake,” the students said.