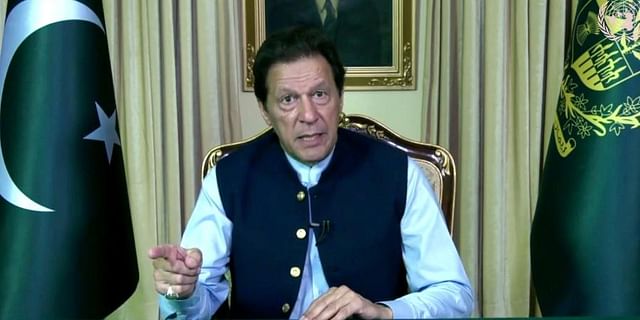 Pakistan Prime Minister Imran Khan on Saturday said that he has “initiated a dialogue” with the Taliban for an inclusive Afghanistan government having Tajiks, Hazaras and Uzbeks, a day after the SCO members sought representation for all ethnic, religious and political groups in the new dispensation.

The Taliban, which seized control of Afghanistan in mid-August, had promised an “inclusive” government that represents Afghanistan’s complex ethnic makeup, but there is no Hazara member and no woman in the interim 33-member Cabinet.

Taking to Twitter, Khan said: “After mtgs (meetings) in Dushanbe with leaders of Afghanistan’s neighbours & especially a lengthy discussion with Tajikistan’s President Emomali Rahmon, I have initiated a dialogue with the Taliban for an inclusive Afghan govt to include Tajiks, Hazaras & Uzbeks”.

However, details of the “dialogue” were not shared by him or other officials.

After 40 years of conflict, this inclusivity will ensure peace and a stable Afghanistan, which is in the interest not only of Afghanistan but the region as well, Khan said in another tweet.

Addressing the Shanghai Cooperation Organisation (SCO) summit on Friday, he said: “The Taliban must fulfil the pledges made, above all for an inclusive political structure where all ethnic groups are represented. This is vital for Afghanistan’s stability”.

Khan said that it was also important to ensure respect for the rights while making certain that Afghanistan would never again be made a safe haven for terrorists.

The SCO leaders, in a joint declaration issued at the end of the annual Summit of the bloc in Tajikistan on Friday, voiced support for an independent, democratic and peaceful Afghanistan, free of terrorism, war and drugs.

“Member States believe that it is critical to have an inclusive Government in Afghanistan, with representatives from all ethnic, religious and political groups of Afghan society,” the joint declaration said, in an apparent reference to the Taliban’s interim government which is dominated by high-profile members of the insurgent group, including at least 14 members who are on the UN Security Council’s terrorism blacklist.

The interim government of the Taliban has failed to win recognition of the world.

It is believed that Pakistan enjoys a clout over the Taliban and played a key role in their peace talks with the US that resulted in the Doha agreement of 2020.

On September 4, Pakistan’s powerful intelligence chief Lieutenant General Faiz Hameed, in a surprise move, dashed to Kabul as the Taliban struggled to finalise and install an inclusive government in Afghanistan.

Pakistan was often accused by the Afghanistan government led by President Ashraf Ghani of giving the Taliban military aid, a charge denied by Islamabad.

The ISI chief’s trip was the first high-level visit by a Pakistani official since the Taliban took over Kabul in a move that surprised both their foes and friends.

This forced Afghan President Ashraf Ghani to flee the country to the UAE.

The Taliban insurgents stormed across Afghanistan and captured all major cities in a matter of days, as Afghan security forces trained and equipped by the US and its allies melted away.

Thousands of Afghan nationals and foreigners have fled the country to escape the new Taliban regime and to seek asylum in different nations, including the US and many European nations, resulting in total chaos and deaths.

Backdoor entry in colleges should stop, lakhs of students work hard to get admission: HC