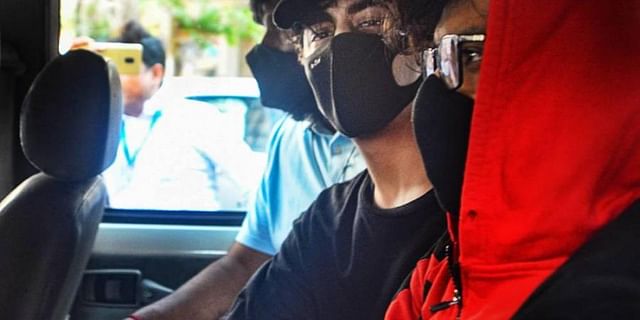 The Narcotics Control Bureau (NCB) on Tuesday opposed the bail plea filed by actor Shah Rukh Khan’s son Aryan Khan, who was arrested earlier this month in the cruise drugs seizure case, alleging the 23-year-old was not just a consumer of drugs, but also involved in illicit drug trafficking.

The agency also claimed that Aryan Khan and a woman named Pooja Dadlani, Shah Rukh Khan’s manager, were tampering with the evidence and witnesses in the case in an attempt to derail the investigation.

On the other side, Aryan Khan’s advocates submitted to the HC an additional note, stating that he has nothing to do with the allegations and counter allegations that are being circulated between the NCB’s zonal director Sameer Wankhede and certain political personalities.

The NCB on Tuesday filed its affidavit in response to the bail plea filed by Aryan Khan in the HC.

A single bench of Justice N W Sambre is likely to take the plea for hearing later in the day.

The anti-drugs agency in its affidavit said attempts are being made to tamper with the ongoing investigation with a malafide intention to derail the probe into the case.

“This is evident from the contents of a purported affidavit of one Prabhakar Sail,” the agency said, referring to the allegations of extortion attempt made by Sail, an independent witness in the case.

The affidavit also referred to Pooja Dadlani and said “this lady appears to have influenced panch witnesses when the investigation is ongoing”.

The NCB said the bail plea was “misconceived and ill-conceived”.

It said the probe into the case so far has revealed Aryan Khan’s role in illicit procurement, transportation and consumption of drugs.

The agency said prima facie investigation has revealed that Aryan Khan used to procure drugs from his friend Arbaaz Merchant, also an accused in the case.

“The applicant (Aryan Khan) was in touch with some persons abroad who appear to be part of an international drug network for illicit procurement of drugs,” it said.

The affidavit further said even though there has been no recovery from Aryan Khan, he has “participated in the conspiracy”.

“Prima facie investigation has revealed that this applicant is not just a mere consumer of drugs as sought to be made out by him,” it said.

The applicant has not made out any case for enlargement of bail, prima facie and/or otherwise, the NCB said.

“The role of this applicant (Aryan Khan) in the commission of grave and serious offences under the NDPS Act including illicit drug trafficking is apparent considering the nexus and connection of this applicant with the other accused in the case,” the affidavit said.

It added that there has been recovery of an intermediate quantity of drugs from the other accused in the case and hence, the case of Aryan Khan cannot be looked at in isolation.

“The ingredients of conspiracy are clear and evident,” the affidavit said, adding that in such cases the quantum of recovery of drugs from an individual accused becomes inconsequential.

The NCB also said it is still probing the case and a charge sheet needs to be filed.

It said the agency requires sufficient time to properly investigate the international linkages so as to approach the foreign agency concerned through proper channel, which would entail some more time.

Meanwhile, Aryan Khan’s advocates submitted to the HC an additional note stating that he has nothing to do with the allegations and counter allegations that are being circulated between the NCB’s zonal director Wankhede and certain political personalities.

“The applicant (Aryan Khan) does not make any allegations against any individual in the prosecution department,” the note said.

It further said Aryan Khan has no connection with Prabhakar Sail, an independent witness in the case, who has made allegations of extortion attempt against Wankhede and others.