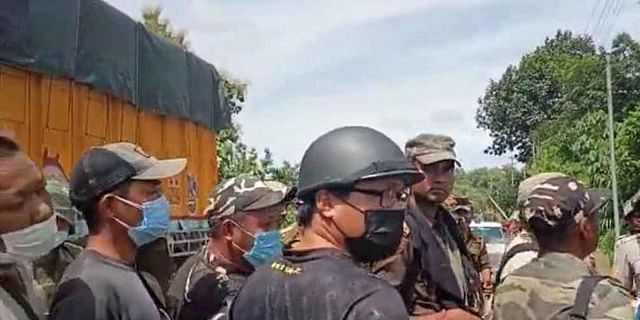 An India Reserve Battalion (IRB) jawan from Mizoram, arrested by the Assam police in connection with a low-intensity blast on the interstate border, was granted bail by a local court in Assam’s Hailakandi.

The Hailakandi police said the fresh border tensions, triggered by the explosion and Mizoram’s reconstruction of a bridge on the border area, eased after the jawan was granted bail and Mizoram cleared
the bridge construction materials on Saturday.

“Mizoram has demonstrated a good gesture by taking back the construction materials. The situation has normalised. It is good for both sides. We can now focus on better things,” Hailakandi Superintendent of Police, Gaurav Upadhyay told this newspaper on Sunday.

The Mizo IRB jawan was arrested from near the blast site soon after the incident two days ago.

“When we had zeroed in on him, he couldn’t explain his presence. So, we arrested him and sent him to judicial custody,” Upadhyay said.

Trouble started brewing on the interstate border since October 26 when Mizoram started reconstructing a bridge.

Assam claims the land, where the bridge was being constructed, falls within its boundary.

It had stopped the construction a few weeks ago.

The two states, which share a 164.6km-long border, have been for long embroiled in a bitter border row. It intensified since October last year.

Developed nations should provide at least one per cent of GDP to finance green projects in developing world: India