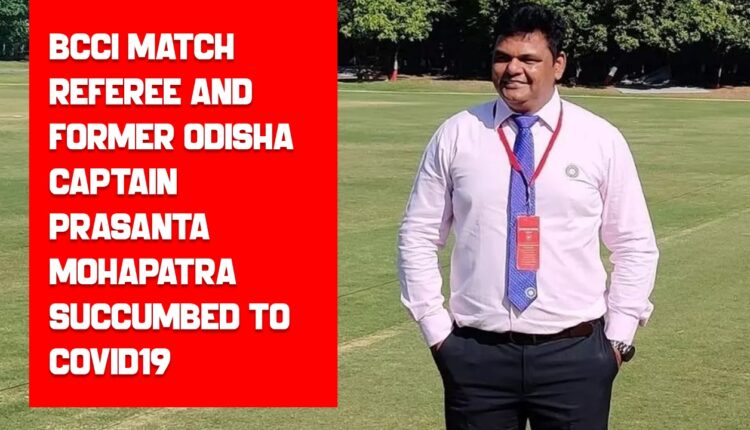 Odia Cricket player, Prashant Mohapatra who served his state as well nation by playing the role of Former Odisha Cricket team Captain and Board of Control for Cricket in India (BCCI) match referee passed away on Wednesday while battling with COVID at All India Institute Of Medical Science (AIIMS) hospital, Bhubaneswar.

He was 47. Prasant who is a son of Rajya Sabha MP and Padma Vibhushan awardee Late Raghunath Mohapatra breathed his last while undergoing treatment at the private hospital. He was kept in ventilator support after his health conditions deteriorate.

Prasant started his career in Cricket as an under 19 player of Odisha. Later, He got into Ranji Trophy in the year 1990. After his retirement, BCCI appointed him as match referee.