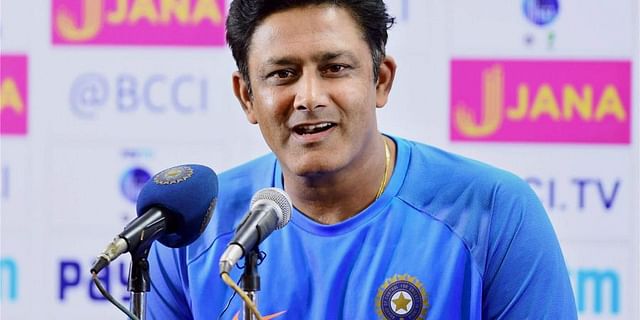 The Board of Control for Cricket in India (BCCI) has reached out to former India captain Anil Kumble, who was denied extension as head coach by the Committee of Administrators in 2017, to reinstate him once incumbent Ravi Shastri’s tenure ends after the T20 World Cup.

It is understood that the BCCI office-bearers are unanimous in their decision to bring Kumble back into the set-up as they believe he was given a raw deal. In 2017, despite enjoying a successful year-long stint with the Indian team, India captain Virat Kohli had expressed strong reservations to Kumble’s style of coaching and eventually, the former India captain quit saying the partnership with the captain has become untenable.

However, the indications coming out of the BCCI is that the board wants Kumble to take over as they believe, his guidance will help India reach the next level. It is understood that the office-bearers also want to bring a strong personality into the dressing room as India are likely to have different captains for white-ball and red-ball cricket.

With Shastri’s tenure coming to an end, the BCCI had been lookout for a new head coach and had even reached out to a couple of players from overseas, who have already turned down the offer citing the life under bio-secure environment. It is reliably learnt that a popular Australian coach, who had been in the running for the India coach job on a couple of occasions, expressed interest, only for the BCCI to turn it down.

According to sources in the BCCI, the board even reached out to Rahul Dravid. However, Dravid has expressed his intention to continue in his role as director of cricket at the National Cricket Academy. It is only under these circumstances that the BCCI has reached out to Kumble.

Since stepping down as head coach of the Indian team, Kumble is now involved with Punjab Kings at the IPL. Although Kohli had earlier expressed strong reservations about Kumble’s style of functioning, several players in the dressing room are already looking forward to reuniting with him.

With India set to enter a transition mode after the T20 World Cup and two big global events lined up in the next two years, the BCCI believes it needs to get the house in order. Moreover, many believe it will also shift the power centre away from Kohli, who has more or less determined how the team has been run in the past five years.

No need for Covid booster doses in India at this stage, say experts