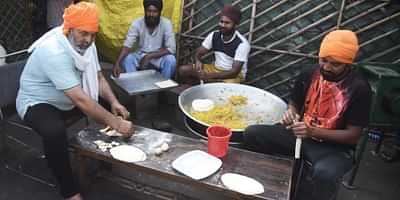 Delhi Police on Monday closed traffic movement towards Ghazipur from Uttar Pradesh keeping in view of the Bharat Bandh today.

“Traffic movement has been closed from UP towards Ghazipur due to protest,” tweeted Delhi Traffic Police.

The Samyukt Kisan Morcha (SKM), a coalition of farmers’ unions, has called a Bharat Bandh today to mark the first anniversary of the enactment of the three farm laws.

SKM has said that a nationwide strike will be observed from 6 am to 4 pm today.

New York authorities return over 150 Indian antiquities to the country