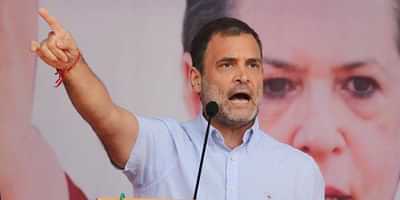 The Congress on Monday expressed strong support for the Bharat Bandh called by farmer unions, with former party chief Rahul Gandhi saying the farmers’ non-violent ‘satyagraha’ is still resolute which the “exploitative” government does not like.

The Congress has asked its workers, state unit chiefs and heads of frontal organisations to take part in the Bandh called by farmer unions to protest against the Centre’s three agri laws.

Many non-NDA parties have extended support to the nationwide 10-hour strike on Monday called by farmers protesting against the three agri laws under the aegis of the Samyukt Kisan Morcha (SKM).