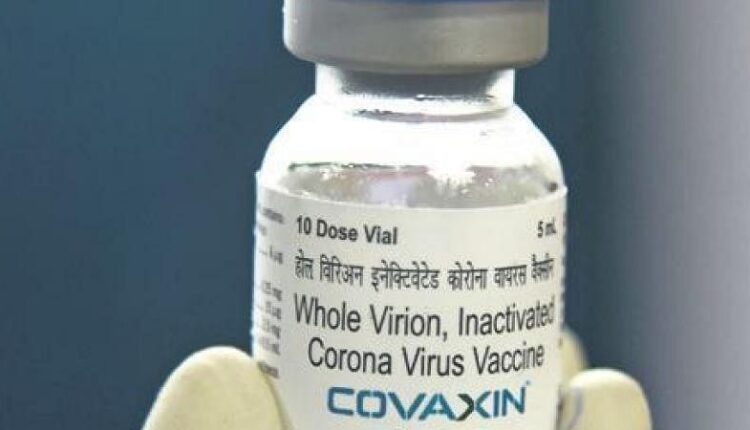 Bharat Biotech, the developer of the indigenously developed Covid-19 vaccine Covaxin, is said to have submitted its Phase II/III clinical trials data to drug regulator, Drugs Control General of India (DCGI). With this, the wait for a paediatric Covid-19 vaccine for children aged over 2 years may soon be over, if DCGI approves Covaxin for use.

According to the company’s spokesperson, the paediatric trial data of the 2-18 age group was analysed and has been submitted to the Central Drugs Standard Control Organisation (CDSCO). It may be noted that Bharat Biotech Chairman and Managing Director Dr Krishna Ella recently met Union Health Minister Mansukh Mandaviya and told him that trial data will be submitted soon. Karnataka Health Minister Dr K Sudhakar, who was present at the meet, had told the media about the same.

The paediatric Covaxin is the same product and presentation as the vaccine being administered to adults. The company claims that Covaxin is the first Covid-19 vaccine to be tested on the 2-6 year age group. “This is feasible due to the safety of the manufacturing platform and empirical evidence from Phase I, II, III clinical trials in adults,” the company statement said.

As part of the Phase II/III trial, the two-dose Covaxin was administered to 525 children, 28 days apart. Bharat Biotech had received the drug regulators’ nod to conduct trial on children in May this year. Sudhakar had said that vaccines for kids could be available next month. In Karnataka, 90 children from Mysuru’s Cheluvamba Hospital, attached to Mysore Medical College and Research Institute (MMCRI), were part of the trial. It is one among the five medical institutions that were part of the trial. Dr Pradeep N, Principal Investigator and Associate Professor, Department of Paediatrics, MMCRI, had earlier told TNIE that the children had completed three trials and were healthy and fine.

Covaxin was developed by Bharat Biotech along with the Indian Council of Medical Research (ICMR) and National Institute of Virology (NIV), Pune. It may be noted that Zydus Cadila’s DNA vaccine has been approved for children aged 12 years and above. It is yet to be available in the market. Meanwhile, Serum Institute of India is also conducting trials on children for the Novavax vaccine (Covovax) and recently started trials on 7-11 year old children.