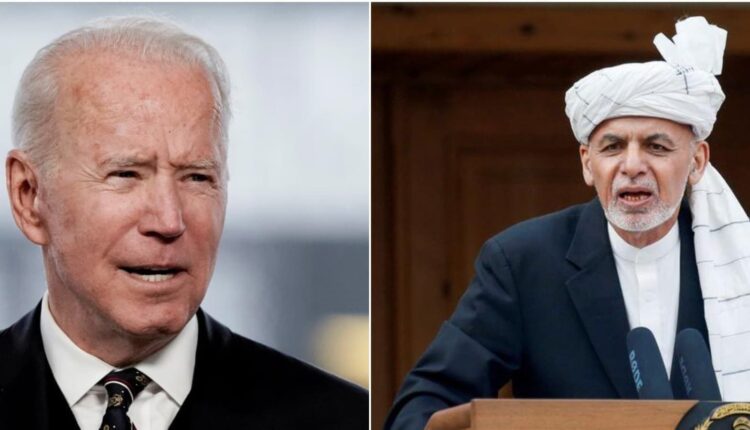 The two leaders discussed military aid over the phone for 14 minutes, as well as political strategies to educate the Taliban. Not only that, but many tactics were discussed. Ghani left Kabul about two weeks after the phone call. But Biden and Ghani did not expect the Taliban to occupy Kabul any time soon.

The Taliban captured Kabul’s presidential palace on August 15, and just 15 days later, the United States left Afghanistan completely. The 20-year war is over. According to Reuters, Joe Biden told Ashraf Ghani that he would provide military assistance only if he made plans to stop the Taliban.

“Air support will continue on our behalf,” Biden added. But we need to know what the next plan is. A few days before the phone call, the United States launched an air strike against the Taliban in support of the Afghan army. The U.S. president wanted Ghani to be given the responsibility of fighting General Bismillah Khan against the Taliban. Because at that time he was the Minister of Defense.

Afghanistan should make plans. The United States will help if Bismillah Khan is given the command. Joe Biden confirmed that the 300,000 Afghan troops the United States has built could counter the 70,000 to 80,000 Taliban. The main purpose of the talks was to discuss the attitude of the Afghan government.

Joe Biden expressed concern that the Ghani government was not serious about the Taliban. As a result, its message to the world is getting worse. The United States has said in a statement that the United States has stated opposition to using force or imposing sanctions on Afghanistan. According to Reuters, the U.S. president did his best to help the Afghan army.