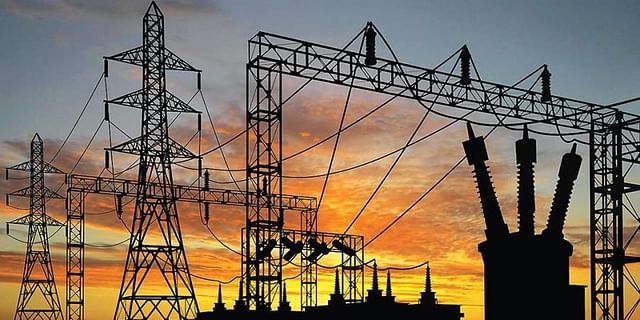 A severe power supply disruption caused by a crippling coal shortage is looming over several north Indian states. Several thermal plants in Rajasthan, Punjab and Uttar Pradesh are on the verge of closure even as the supply has already been curtailed in many areas. States like Bihar and Chhattisgarh are also facing a power crisis.

The Rajasthan government has announced power cuts in almost all the districts. Naveen Arora, Managing Director, Jaipur Discom, said he expects three-four hour supply disruption in all district headquarters and rural areas. The state energy department has demanded replenishment of the coal supply from the Ministry of Coal. The state is now left with only five days of coal stock.

Due to the absence of wind, power generation has fallen by 90 per cent. Wind power is getting only 50 MW of electricity in Rajasthan, sources said. The state has a total demand of 12,500 MW power against which only 8,500 MW was available for 1.38 power customers.

In Punjab, five thermal units are being forced to shut down and power cuts are being imposed across the state. Sources said that two units each at Talwandi Sabo and Ropar are shut and one unit at the Lehra Mohabbat plant is closed. The state faces an immediate shortage of 1,000 MW.  The state government has urged the Centre to scale up the coal supply and is also preparing to buy power from other producers. The coal stock at all three private thermal plants is in critical condition.

In UP, power projects facing the crisis include Anpara (2630 MW), Obra (1000 MW), Parichha (920 MW) and Harduaganj (610 MW). At present, eight units – four each of private and state power generation companies together generating 2400 megawatt – are shut due to coal shortage. Power department officials said generation from all sources is approximately 15,000-16,000 MW whereas the demand is for around 17,000 MW. Some of the rural areas are already facing 5-6 hour outages.

Bihar is getting 3000 MW of electricity out of 4500 MW expected from the state-owned NTPC. The state is currently receiving only 100 MW out of 580 MW from wind energy due to changes in the weather.
An official said if the coal crisis aggravates, there would be a blackout-like situation in major parts of the state, crippling the industrial activity.

However, chief managing director-cum-secretary of the energy department, Sanjeev Hans said the government has decided to buy electricity at a higher rate to keep up the supply during the Dussehra and the Diwali festivals. In Chhattisgarh, as many as four out of the 16 thermal power plants have reached super critical level and another six are in the critical stage owing to disruption in coal supply.