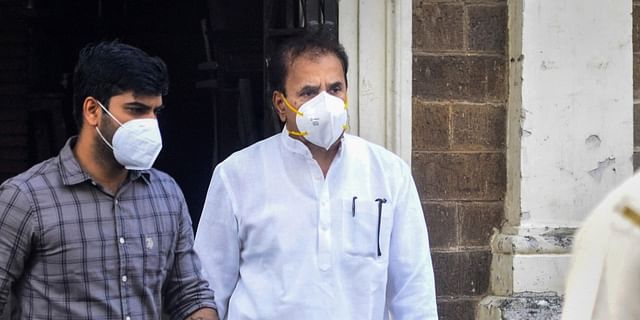 The Bombay High Court on Sunday set aside a special court’s order remanding former Maharashtra home minister Anil Deshmukh to judicial custody, and sent him in the Enforcement Directorate’s (ED) custody till November 12 in a money laundering case.

A vacation bench of Justice Madhav Jamdar was hearing an application filed by the ED, challenging the special court’s order of November 6 remanding Deshmukh to 14-day judicial custody, on the ground that it was bad in law and against the principles of natural justice.

Deshmukh’s counsel Vikram Chaudhri and advocate Aniket Nikam told the court that while they were opposing the plea on merits and maintainability, the NCP leader has consented and volunteered to be interrogated by the ED.

The court then remanded Deshmukh to ED custody till November 12.

Deshmukh was arrested by the ED on November 1 after 12 hours of questioning in connection with a multi-crore money laundering case.

He was produced before a special holiday court on November 2 which remanded him to ED’s custody till November 6.

When he was produced before the special court on Saturday, the ED had sought further custody, but the court refused and sent him in judicial custody.

The ED had initiated a probe against Deshmukh and his associates after the CBI filed its FIR against the NCP leader on April 21 on charges of corruption and misuse of official position.

The agency earlier submitted its prosecution complaint (equivalent to a charge sheet) against the duo before a special court.