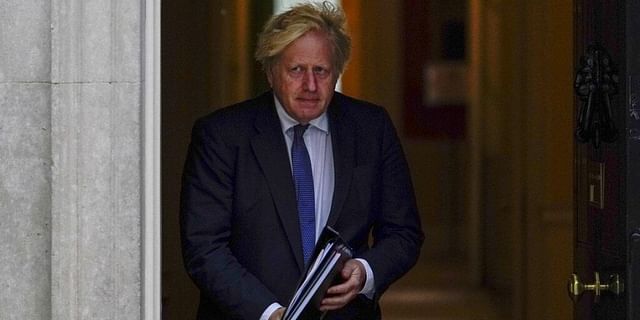 British Prime Minister Boris Johnson will fly out to Rome on Friday for the Group of 20 (G20) countries summit hosted by Italy, with the hope of building momentum behind the United Nations (UN) COP26 climate summit hosted by the UK next week.

Prime Minister Narendra Modi landed in Rome earlier on Friday for the 16th G20 Summit, which brings together the world’s major economies for Heads of State and Heads of Government talks on Saturday.

Ahead of that, the G20 finance and health ministers will gather in Rome for their first joint meeting under the Italian Presidency on Friday.

“Since the outbreak of COVID-19 in February 2020, the G20 Finance Track has worked hard to find solutions to tackle the pandemic, support the most affected groups of society and foster a sustainable and inclusive economic recovery,” a G20 statement said ahead of the meeting, to be attended by Finance Minister Nirmala Sitharaman.

“A number of efforts were made to kick-start economic recovery such as boosting productivity with investments geared towards a green and digital transition, and the historic agreement for the establishment of a fairer international tax system,” the statement adds.

The G20 made up of Argentina, Australia, Brazil, Canada, China, France, Germany, India, Indonesia, Italy, Japan, Republic of Korea, Mexico, Russia, Saudi Arabia, South Africa, Turkey, the United Kingdom, the United States, and the European Union (EU) is meeting as the EU and former member Britain wrangle over trade rules, with strained relations between the UK and France over fishing rights in the English Channel.

Prime Minister Johnson is on the record expressing his worries ahead of this major precursor to the COP26 climate summit.

“It will be very, very tough, this summit, and I’m very worried because it might go wrong and we might not get the agreements that we need,” he said earlier this week during a schools visit at 10 Downing Street.

On a more optimistic note, he insisted “it can be done”.

Green investments and climate action will be the recurring theme through the G20 summit, with the UK keen to finalise further commitments from G20 member-countries ahead of the World Leader’s Summit (WLS) 26th Conference of Parties (COP-26) to the United Nations Framework Convention on Climate Change (UNFCCC).

“In line with our tradition of living in harmony with nature and culture of deep respect for the planet, we are taking ambitious action on expanding clean and renewable energy, energy efficiency, afforestation and biodiversity,” Modi said in his departure statement ahead of the both major summits.

“At the WLS, I will share India’s excellent track record on climate action and our achievements. I will also highlight the need to comprehensively address climate change issues including equitable distribution of carbon space, support for mitigation and adaptation and resilience building measures, mobilisation of finance, technology transfer and importance of sustainable lifestyles for green and inclusive growth,” he said.

Prime Minister Modi is also scheduled for bilateral talks with Johnson, their first in-person meeting after several planned visits to India by the UK Prime Minister were called off due to the COVID-19 pandemic.