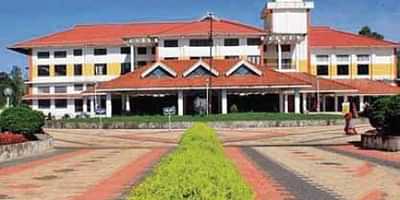 Students seeking admissions in the colleges under Calicut University will now have to sign a declaration that they will not give, ask for or accept dowry during their marriage. The varsity has already sent an order to the principals of its affiliated colleges regarding the new compulsory rule.

Calicut University Vice-Chancellor M K Jayaraj told TNIE that the measure was taken considering the recommendation of Governor Arif Mohammed Khan, who is the chancellor of the state universities. Khan had earlier asked the university VCs to implement the proposal of making the students sign a bond against accepting and giving dowry before awarding degrees. The chancellor took this stand following a series of dowry-related incidents, including the death of 24-year-old Vismaya in Kollam district, in the state recently.

“Chancellor Khan had convened a meeting of the vice-chancellors. During the meeting, He put forward the proposal. Hence, the varsity is implementing it,” Jayaraj said. The varsity has asked the colleges to obtain declarations from students and their parents at the time of admissions. “The September 15 order instructs college heads to also obtain declarations from students who have already been admitted for the 2021-22 academic year. Signing the declarations is compulsory — like the anti-ragging declaration — at the time of admissions. The formats of the declarations have been sent to the college heads along with the order,” said Denoj Sebastian, director of the Directorate of Admissions at the varsity.

The colleges under the university started the admission process for undergraduate courses from the first week of September. Meanwhile, syndicate member K K Haneefa of the varsity said the government should also strictly implement the laws to prevent harassment of women and end the dowry system. “There are several laws to protect women The Dowry Prohibition Act, 1961 makes the practice of giving and taking dowry illegal. These laws should be enforced properly to end harassment against women and end the dowry system. The plan of the chancellor and vice-chancellor to obtain the declaration will help create awareness about this social evil,” said Haneefa.