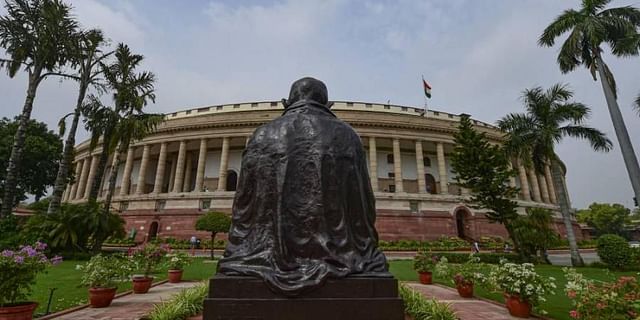 The Cabinet Committee on Parliament Affairs has recommended that the Winter Session of Parliament be held from November 29 to December 23, sources said on Monday.

Like previous sessions of Parliament in the last one and half years, the Winter Session will be held adhering to COVID-19 protocols, people familiar with the developments told PTI.

The session will have around 20 sittings, they said.

The Winter Session of Parliament was not held last year due to the COVID-19 pandemic, which also led to curtailing of the Budget and the Monsoon Sessions.

“The CCPA (Cabinet Committee on Parliament Affairs) which is chaired by Defence Minister Rajnath Singh has recommended the dates for the Winter Session of Parliament from November 29 to December 23,” a source told PTI.

Both Houses of Parliament — Rajya Sabha and Lok Sabha – will hold proceedings simultaneously and members will have to follow social distancing norms.

Those who will be present in Parliament, including MPs, will be required to wear masks and they could be asked to undergo a COVID-19 test before the start of the Winter Session.

The session is of significance as it comes ahead of assembly elections in five states, including the politically crucial state of Uttar Pradesh.

It will be followed by the Budget Session, but this will be adjourned for recess after few days of proceedings for passage of the Union Budget.

Inflation, rise in fuel prices, rise in prices of edible oil, militant attacks on civilians in Kashmir, the Lakhimpur Kheri violence, in which farmers were killed, and the farmers’ protests against three central agri laws, are among the issues, that are likely to be raised by the Opposition to corner the government.

This year’s Monsoon Session was marked by protests by the Opposition, which sought answers from the government over the Pegasus spyware issue and demanded repeal of the three farm laws.

The session was curtailed and adjourned sine die two days ahead of its scheduled adjournment due to the protests.