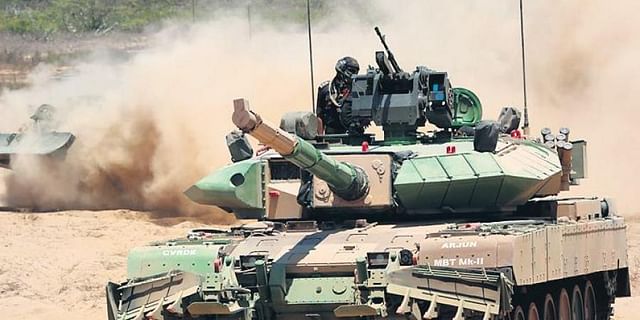 The Ministry of Defence (MoD) on Thursday placed an order for supply of 118 Main Battle Tanks (MBTs) Arjun Mk-1A for the Indian Army worth Rs 7,523 crores. This was the first bulk order in several years for the Chennai-based Heavy Vehicles Factory (HVF) in Avadi.

G Satheesh Reddy, Secretary of Department of Defence (R&D) and Chairman of DRDO, told TNIE, “It’s a major boost to Aatmanirbhar Bharat and will make industries flourish. This would also gear up the ecosystem for the next generation tanks.”

A press release from the defence wing said this production order to HVF opens up a large avenue in defence manufacturing for over 200 Indian vendors, including MSMEs, with employment opportunities to around 8,000 people. This would be a flagship project showcasing the indigenous capability in cutting-edge defence technologies, the release added.

Meanwhile, CVRDE Director V Balamurgan told TNIE As per the plan, HVF will manufacture five tanks first within 30 months. “There will be one formal user trail and subsequently bulk production will commence. HVF has experience in manufacturing 124 tanks of the earlier variant MBT Mk-1. They know the technology and have the infrastructure. The new variant MBT Mk-1A comes with 72 upgrades. CVRDE will handhold HVF when and where necessary.”

According to officials, the 118 tanks that will be produced would help operationalise two regiments of the Indian Army Armoured Corps. The state-of-the-art MBT Mk-1A is a new variant of Arjun Tank designed to enhance firepower, mobility, and survivability. Infused with 72 new features and more indigenous content from the Mk-1 variant, the tank would ensure effortless mobility in all terrains, besides precise target engagement during both day and night.

The MK-1A is equipped with accurate and superior firepower, all-terrain mobility, and invincible multi-layered protection provided by an array of advanced technology systems. It can take on the enemy in both static and dynamic modes. Under these capabilities, this indigenous MBT proves to be on par with any contemporary in its class across the globe. This tank is particularly configured and designed for Indian conditions, and hence, is suitable for deployment to protect the frontiers effectively, officials said.

CVRDE Director said the development activities of MBT Mk-1A commenced from June 2010 and the tank was fielded for user trials in June 2012. It took only two years to develop and field the MBT Arjun Mk-1A for user trials from the user requirement.

Centre allows Covid vaccination at home for the disabled, bedridden