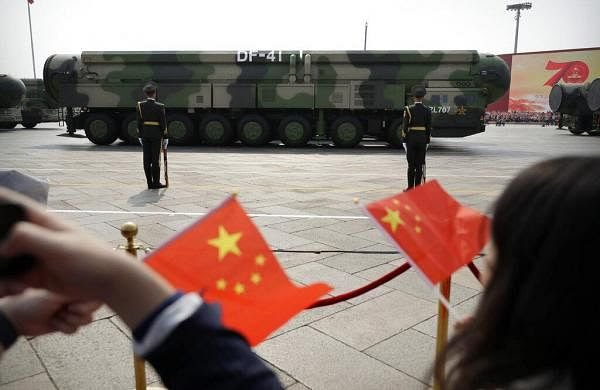 Nayagarh,(Baghuabarta): China is expanding its nuclear force much faster than US officials predicted just a year ago, highlighting a broad and accelerating buildup of military muscle designed to enable Beijing to match or surpass US global power by mid-century, according to a Pentagon report released on Wednesday. The number of Chinese nuclear warheads could increase to 700 within six years, the report said, and may top 1,000 by 2030. The report did not say how many weapons China has today, but a year ago the Pentagon said the number was in the “low 200s” and was likely to double by the end of this decade. The United States, by comparison, has 3,750 nuclear weapons and has no plans to increase.