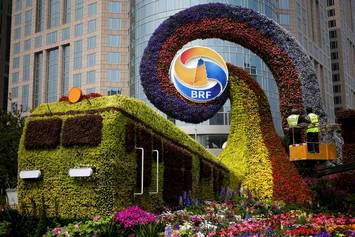 The first shipments on a newly-launched railway line from the Myanmar border to the key commercial hub of Chengdu in western China, which provides China a new road-rail transportation channel to the Indian Ocean, were delivered last week, state media reported on Tuesday. .

A “test cargo” through what is being called the China-Myanmar New Passage arrived at the Chengdu rail port in Sichuan province on August 27, the official China News Service reported.

The transport corridor involves a sea-road-rail link. Goods from Singapore reached Yangon Port, arriving by ship through the Andaman Sea of ​​the northeastern Indian Ocean, and were then transported by road to Lincang on the Chinese side of the Myanmar-China border in Yunnan province. The new railway line that runs from the border town of Lincang to Chengdu, a key trade hub in western China, completes the corridor.

“This passage connects the logistics lines of Singapore, Myanmar and China, and is currently the most convenient land and sea channel linking the Indian Ocean with southwest China”, the China News Service said, adding that “the one-way journey saves 20 to 22 days”.

China also has plans to develop another port in Kyaukphyu in the Rakhine state, including a proposed railway line from Yunnan directly to the port, but the progress there has been stalled by unrest in Myanmar.

25 wanted Indians involved in terrorism is in Afghanistan!