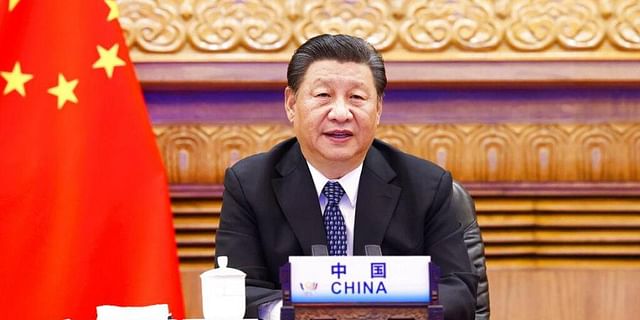 With the launch of the new “Five Year Governance Plan” by President Xi Jinping’s Communist Party, Beijing has renewed its crackdown season on the private sector.

Chinese Communist Party has significantly increased the censorship from technology giants to the entertainment business and far beyond its boundaries, according to global think tank Policy Research Group (POREG).

Under Xi Jinping’s rule, the authorisation era of the data available to the Chinese citizens in the past decade have tightened, the think tank said.

According to the POREG, the extent of control on international media and audience has led to buying of legacy companies or funding digital venture overseas including a free graduate degree in communication, expense-paid tours, funding for advertorials and sponsored journalistic coverage to tell the Chinese story.

China tries to sway propaganda narrative in the regions as far as Africa, the Asia-Pacific region and to an extent in Latin American countries and Europe too. “While Chinese media is strictly controlled by the Chinese Communist Party, Beijing aims to exploit the voice of the free press outside its territories.”

In recent years, President Xi Jinping and the Chinese Communist Party have tightened control of China’s state and privately-owned media, increased surveillance of social media, and have actively exported their oppressive model as shown in an RSF report published last year.

In the report 2020 World Press Freedom Index, published by Reporter Without Borders’ (RSF) this year, China was ranked 177th out of 180 countries.

According to RSF, “far from welcoming foreign correspondents, instead consistently practices intimidation, harassment, and surveillance against them and their sources, as highlighted by numerous reports published by RSF as well as other NGOs.”

In February this year, Beijing had expelled 13 journalists working for The New York Times, The Washington Post, and The Wall Street Journal while at the same time orchestrating a global disinformation campaign designed to drown out critics who blame its censorship for the spread of the coronavirus.

CCP driven censorship is curtailing the freedom of speech and violating the vulnerable rights of journalists. Sooner or later the burdened curtain will fall flat, the POREG report concluded. (ANI)