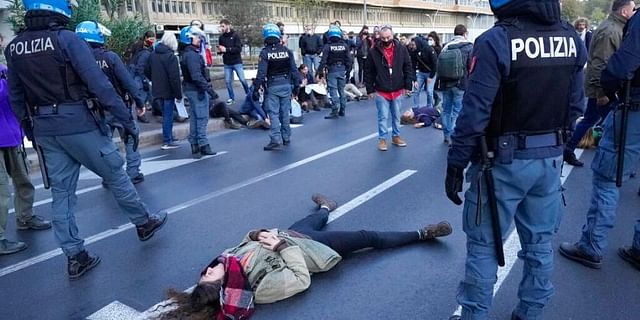 A few dozen protesters demanding that government leaders take incisive action on climate change have been carried away by police from the main boulevard near the G-20 summit site in Rome.

Hours before the leaders of the United States, Britain, France and other economic powerhouse nations arrived on Saturday for the start of the two-day gathering, the activists blocked the road, holding banners, including one that read, “From Rome to Glasgow, your solutions are the problem.”

On Sunday evening, many of the G-20 leaders will fly to Glasgow, Scotland, for a crucial climate summit.

When the demonstrators refused to budge, police officers lifted them bodily and moved them to a side road, where the protesters continued to lie down or sit on the pavement, blocking traffic.