Odisha Congress takes it to twitter and exposes BJD Govt's brutality on betel farmers of Dhinkia in Jagatsinghpur. 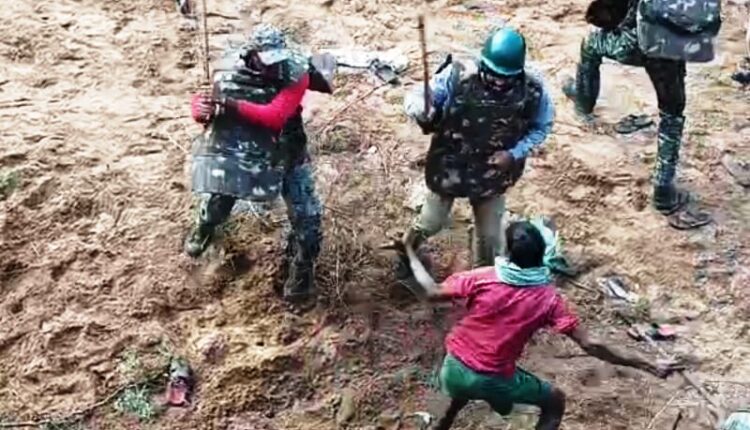 The visuals of police brutality against the poor betel growers in Dhinkia raises questions on the intention of the so called Pro-People government of Naveen Patnaik. Why is the government so hell-bent on removing people from their land and destroying their source of livelihood? Why is Naveen’s Govt harassing people without even getting the mandatory Environmental Clearance from the Centre? What is point of destroying mangrove forests in a state which experiences cyclones on an annual basis? These pertinent questions were raised today by Odisha Congress on the social media platform, Twitter, through an aggressive campaign with #JusticeForDhinkia. CLP leader Narasingha Mishra, PCC President Niranjan Patnaik and AICC in-charge Dr A Chellakumar joined the young team of Congress’ Social Media Department in putting a direct attack on Naveen Patnaik for letting his police brutally attack the villagers of Dhinkia.

CLP leader Narasingha Mishra was the first to tweet on this matter, “Stop uncivilized and barbaric attack on women by police at Dhinkia. The Chief Minister should immediately intervene and stop it.” Social Media Department Chairperson Abhishek Mahananda tweeted, ” This will haunt you @Naveen_Odisha, beating up farmers , women and children using your police will not go down well in the history. Is it not the curtain raiser to what happened in Kalinga Nagar. #JusticeForDhinkia “. BJD’s IT wing is yet to retaliate to this aggressive attack by the Social Media wing of Odisha Congress.