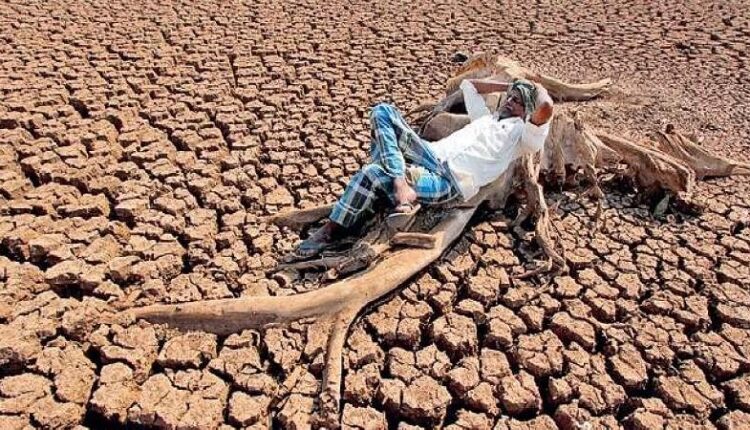 Congress leaders, on Friday, organised a 9-km long rally of farmers from Khamar Haldi village to Dharmagarh and presented a memorandum to Sub Collector Sarat Chandra Srichandan demanding immediate declaration of Golamunda block as drought-hit. With paddy cultivation already impacted due to rainfall deficit during the kharif season in many blocks of Kalahandi, an impending drought-like situation has left farmers worried.

According to the crop assessment by the Agriculture department, cultivation in 10 out of 13 blocks in the district have been affected due scanty rainfall. Excluding Thuamul Rampur, Koksara and Kalampur blocks, farmers in other non-irrigation blocks have lost hopes of a bumper harvest this season.

Transplantation and beausaning activities on around 8,497 hectare of land have been halted in 34 gram panchayats, including eight in Narla, Karlamunda and Golamunda, 14 in M Rampur, six in Lanjigarh, three in Dharmagarh and Jaipatna and seven in Junagarh blocks. However, non-paddy crops have not been hampered, the report stated.

The district is facing a rain deficit of 42 per cent in the ongoing kharif season and an overall deficit of 43 per cent in August. The corresponding figures for Bhawanipatna alone stood at 51 and 56.67 per cent, respectively.

Unless there is adequate rain in the next one week, crops on around 6,619 hectare of farmland will be affected due to stunted growth and overrunning weed. “Our crops have wilted and we are now staring at huge losses. If timely steps are not taken by the government, distressed farmers will be forced to  migrate to other states in search of livelihood,” said Saul Mangaraj, a farmer of Golamunda.

Chief District Agriculture officer Bhaskar Padhi said while paddy crop loss cannot be predicted now, the administration is still keeping a close watch on the situation, adding that field staff have been directed to advise farmers on water management to overcome the crisis.