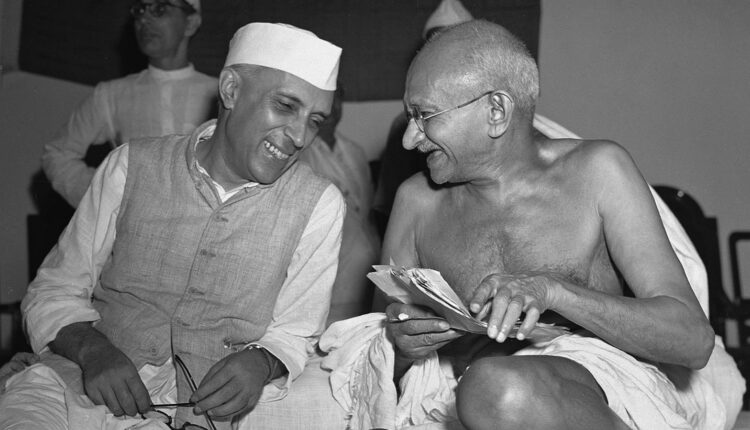 Newly-appointed Gujarat BJP organisational general secretary Ratnakar has claimed that Mahatma Gandhi had never worn the cap which is named after him but Jawaharlal Nehru used to wear it, the remarks defended by Deputy Chief Minister Nitin Patel who on Monday said though the cap is famously known as “Gandhi Topi” no one had seen the Father of the Nation wearing it.

Ratnakar, who was recently appointed as the new organisational general secretary of the Gujarat BJP, tweeted on Sunday asking why the cap is called “Gandhi Topi” when it was worn by Jawaharlal Nehru, the first prime minister, and not by Mahatma Gandhi himself.

He had shared a photo of Nehru wearing the cap juxtaposed with Gandhiji’s photo without a cap.

Reacting sharply, Gujarat Congress said the people who never participated in the freedom struggle and sided with Britishers are now pointing fingers at freedom fighters and India’s first Prime Minister.

“People who used to salute the British hat are passing such comments on freedom fighters and India’s first PM after coming to Gandhi-Sardar’s Gujarat.

These people used to work for the Britishers and never participated in the freedom struggle.