Congress will contest UP polls under Priyanka Gandhi Vadra’s leadership 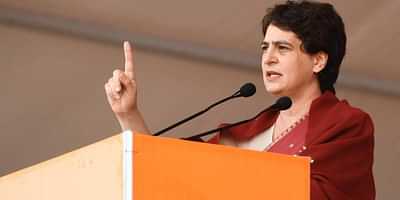 Khurshid said that Congress will not form an alliance with any political party for the upcoming Uttar Pradesh Assembly polls. However, he added, “Gathbandhan is done by heart. If anyone wants to join our party, they are welcomed.”

The leader, asked about the Chief Minister’s face in UP polls, he said, “We will be fighting the upcoming Assembly elections under the leadership of Priyanka Gandhi Vadra. She is working hard to ensure that we win. Later on, she may announce the CM’s face.”