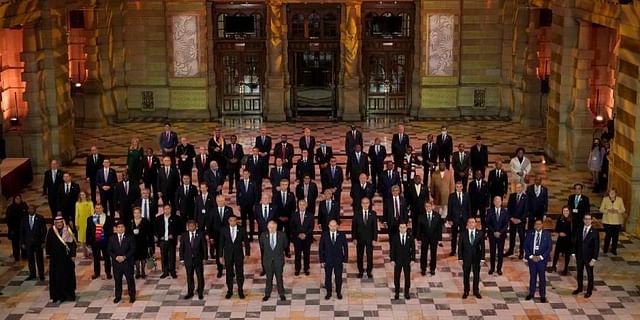 World leaders meeting at the COP26 climate summit in Glasgow will on Tuesday issue a multibillion-dollar pledge to end deforestation by 2030 but that date is too distant for campaigners who want action sooner to save the planet’s lungs.

According to summit hosts the British government, the pledge is backed by almost USD 20 billion in public and private funding and is endorsed by more than 100 leaders representing over 85 per cent of the world’s forests, including the Amazon rainforest, Canada’s northern boreal forest and the Congo Basin rainforest.

British Prime Minister Boris Johnson said that the agreement on deforestation was pivotal to the overarching ambition of limiting temperature rises to 1.5 degrees Celsius. “These great teeming ecosystems –- these cathedrals of nature — are the lungs of our planet,” he was expected to say in Glasgow, according to Downing Street.

“Forests support communities, livelihoods and food supply, and absorb the carbon we pump into the atmosphere. They are essential to our very survival. With today’s (Tuesday’s) unprecedented pledges, we will have a chance to end humanity’s long history as nature’s conqueror, and instead become its custodian,” said Johnson, who is chairing the summit.

The signatories include Brazil and Russia, which have been singled out for accelerating deforestation in their territories, as well as the United States, China, Australia and France.

The government of Brazil, much criticised for its environmental policies, announced on Monday at the summit that it would cut 2005-level greenhouse gas emissions in half by 2030 — up from a previous pledge of 43 per cent. “We are presenting a new, more ambitious climate goal,” Environment Minister Joaquim Leite announced in a message transmitted from Brasilia to Glasgow.