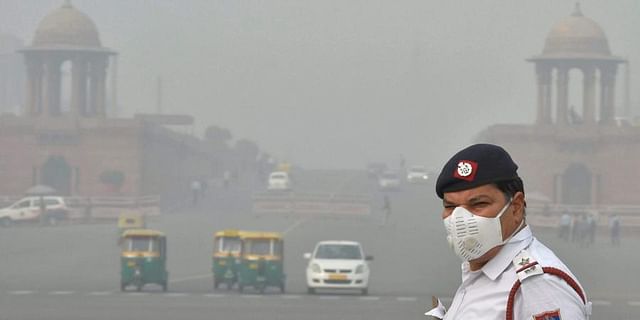 reenpeace International on Sunday demanded a faster and more ambitious action plan in response to the climate emergency and COVID-19, saying the G20 Summit failed to confront the global crisis.

Jennifer Morgan, Executive Director of Greenpeace International, said that the G20 Summit’s communique was “weak and lacked ambition and vision”.

“If the G20 was a dress rehearsal for COP26, then world leaders fluffed their lines.Their communique was weak, lacking both ambition and vision, and simply failed to meet the moment.

“Now they move onto Glasgow where there is still a chance to seize a historic opportunity, but the likes of Australia and Saudi Arabia need to be marginalised, while rich countries need to finally grasp that the key to unlock COP26 is trust,” Morgan said.

The United Nations Framework Convention on Climate Change’s 26th climate conference COP 26 began on Sunday and will go on till November 12 in Glasgow in the UK where more than 180 countries will be participating.

Morgan said that activists from around the world are in Glasgow, demanding the missing action to protect everyone from both the climate crisis and COVID-19.

“Governments must respond to the deadly warnings the planet is giving us and cut emissions drastically right now, to stay in line with 1.5 degree Celsius, and that requires stopping any new fossil fuel development and phase them out.

“At COP26, we will not let up and continue to push for more climate ambition, as well as the rules and actions to back it up. We need to stop all new fossil fuel projects immediately,” he said.

“South Asia, including India, is one of the most vulnerable regions to climate change. The latest IPCC report is suggestive that India might experience more frequent extreme weather events. It is an undeniable fact that anthropogenic emissions have direct correlation with climate.

“India has to take tough decisions to address climate issues at the same time, it is the need for the developed countries to step up and take more responsibilities that help developing countries in climate adaptation and mitigation,” Jacob said.

Jacob said rich and developed countries have been historically responsible for emissions and they need to change their business and lifestyles that impact climate change.

“The vulnerable countries and regions cannot afford to pay the price for the impact of climate change for the historical wrongs done,” Jacob said.

Giuseppe Onufrio, Executive Director of Greenpeace Italy, too called for boost in renewables and cutting carbon emissions by Italy, saying the Italian Prime Minister has urged G20 nations to up their ambition to honour a 1.5 degree Celsius pathway, “but we are calling on him to lead by example.”

“As COP co-presidency, Italy must deliver ambitious climate targets that cut emissions at their source as quickly as possible and present a new ambitious plan which must not rely on false solutions such as carbon offsetting, cut GHGs emissions and boost renewables,” Onufrio said.

He further said that emissions from G20 nations account for around 76 per cent of global annual emissions and as of July 2021, only around half those emissions were covered by enhanced pledges to cut them in line with the Paris Agreement.

“Large emitters amongst G20 nations including Australia and India have yet to submit new NDCs. At COP26, which starts today in Glasgow, Greenpeace is calling on governments to urgently step up their climate ambition, starting with a phase-out of fossil fuels, and show solidarity with the countries which are the most vulnerable to the climate crisis,” he said.

In a similar view, Morgan said that governments must reduce emissions at home and stop shifting that responsibility to more vulnerable communities, through carbon offsetting schemes that compromise their livelihoods.

“We are calling for true solidarity to support poorer countries to survive and adapt to the climate emergency. Every moment spent where wealthy governments focus on corporations’ bottom lines, rather than enacting solutions, costs people’s lives,’ she said.

Morgan said that if they wanted to, the G20 leaders could help solve COVID-19 with a TRIPS waiver to enable countries around the woresearch that led to the vaccine must lead to a People’s Vaccine, she said.

Greenpeace India’s Jacob said that COP26 is one of the important opportunities for world leaders to show their strong commitment to tackle the climate breakdown.

The world leaders must commit and act towards achieving the ambitious goal of limiting global temperature rise to 1.5C. It is also pertinent to remember that most developed countries have not met their climate commitments or their responsibility towards the vulnerable countries, Jacob said.