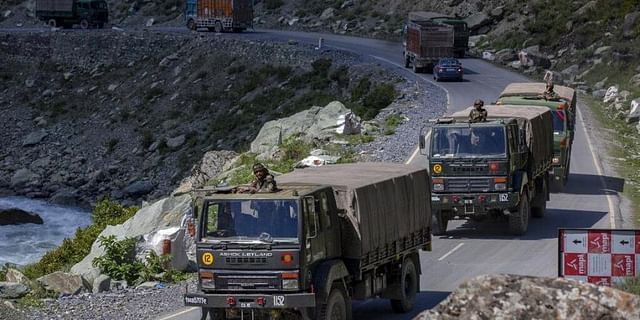 While the Chinese are preparing for long-term deployment along the Line of Actual Control in eastern Ladakh, the Corps Commanders of Indian and Chinese armies are scheduled to meet on Sunday, October 10, 2021, to discuss ways to disengage the troops locked in a tense standoff in the sector.

The 13th Corps Commander meeting will take place on Sunday, October 12, at Moldo Garrison, said a source, adding that it was expected to begin at 10:30 am. In the latest round of military talks, army sources expressed hope that the standoff at Hot Spring may get resolved. The prolonged standoffs at Depsang and Demchok will also be discussed, the sources added.

A day before the talks, the Army chief expressed concern on large-scale Chinese build-up along the LAC. Speaking at a media conclave in Delhi on Saturday, General Naravane said, “It is a matter of concern that there is a large scale build-up taking place….there has been infrastructural build-up by the Chinese side and that means they are there to stay…If they are there to stay, we are there to stay too.” India has been keeping a close watch on all the activities by the PLA, he added.

To a question, the Army chief said it was difficult to understand why China triggered the standoff when the world was reeling under the Covid-19 pandemic. “While all that is going on, to sort of open up one more front is very difficult to understand or fathom. But whatever it might have been, I do not think they have been able to achieve any of those because of the rapid response done by the Indian armed forces,” he added.

On the overall situation in eastern Ladakh, Gen Naravane concurred with the view of the Ministry of External Affairs that whatever happened was because of the massive build-up by the Chinese side and the non-adherence to various protocols. He also said if the Chinese military maintains the deployment through the second winter, then it may lead to an LoC-like situation (Line of Control).

Gravity of offence be looked into by court while granting anticipatory bail: SC