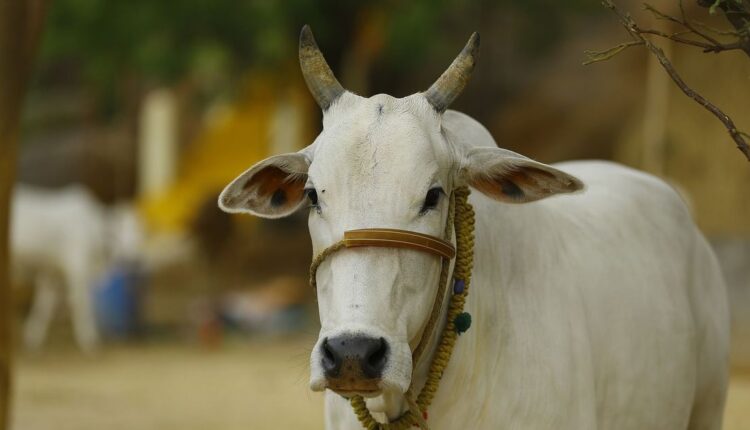 The Allahabad High Court observation that the cow should be declared as the national animal has received accolades from Muslim clerics.

They welcomed the court’s suggestion saying that such a move would only strengthen brotherhood and unity among different sections of the society.

Giving his take on the High Court observation, a member of All India Muslim Personal Law Board, chairman Islamic Centre of India and prominent Sunni cleric Maulana Khalid Rashid Firangi Mahali said that the High Court observation should be brought into practice. “I welcome the HC observation. We have been living with amity and brotherhood in this country for ages.  Even Mughal ruler Babur had asked his successor and son Humayun to respect Hindu sentiments and to ban cow slaughter,” said the Maulana.

Similarly, Shia cleric Maulana Yasoob Abbas, general secretary of All India Shia Personal Law Board, also backed the suggestion, saying: “We already have a firm belief that if any animal is associated with faith, it should not be hurt. Cow slaughter is forbidden if it hurts the sentiments of other religions. This is the real message of Islam and Indian culture.” Former chairman of Shia Central Waqf Board, Waseem Rizvi too hailed the High Court order saying it would be an honour for the nation to declare cow the national animal. “Those who slaughter cow should think before doing so that they are not slaughtering just an animal but their mother,” said Rizvi.

The Allahabad High Court had made a remark about declaring cow as the national animal while rejecting the bail application of a person named Javed who was arrested and sent to jail in an FIR registered under the Prevention of Cow Slaughter Act at Nakhasa police station in UP’s Sambhal district. Javed was booked under Section 378 of IPC and also 3/5/8 of Prevention of Cow Slaughter Act for cow theft, its slaughtering, and preserving its meat.

Not only did the court offer this suggestion, it also directly linked the incidents of cow slaughter with the problem of the Taliban, warned people that they should not forget the takeover of Afghanistan by the Taliban.

The Allahabad High Court judge Justice Shekhar Kumar Yadav not only asked for declaring the cow India’s “national animal” he had claimed in his 12-page order written in Hindi that scientists believed cow was the only animal that inhaled and exhaled oxygen.

As per the order of Justice Yadav, it is a tradition in Indian households to use ghee made of cow milk in each oblation during a yajna because it gave special energy to sunrays, which ultimately cause rain.

The judge has elaborated on the virtues of products received from a cow. He has claimed in his order that Panchgavya, made of cow milk, curd, ghee, urine, and cow dung, helped in the treatment of several incurable diseases.

Quoting Arya Samaj founder Dayanand Saraswati, Justice Yadav says a cow, in her lifetime, contributes milk to over 400 humans but her meat can feed just 80 people. “Jesus Christ said that killing a cow or an ox is like killing a human.”