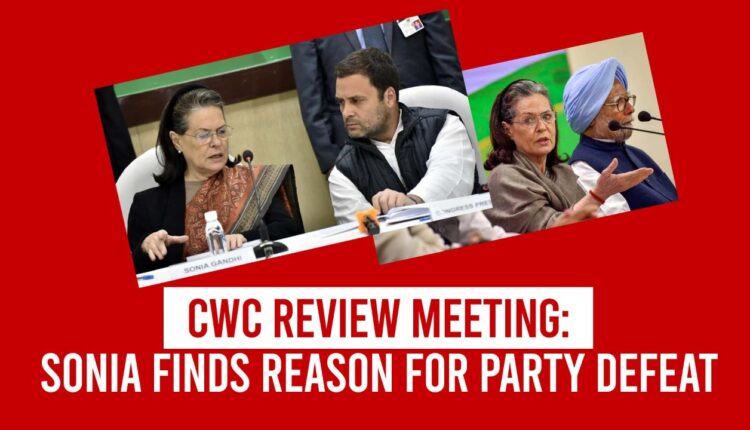 In the Congress Working Committee meeting on Monday, the Party President Sonia Gandhi formed a fact-finding committee to find the reason for the party’s defeat in recent-held polls in Kerala, West Bengal and Assam.

As per sources, during the meeting, all the state in-charges presented their views on the recent poll, with the party’s West Bengal in-charge Jitin Prasada saying the alliance with the Indian Secular Front (ISF), formed by preacher-turned-politician Pirzada Abbas Siddiqui, ruined Congress’ prospect in the state.

Congress leader Digvijay Singh asserted that the alliance with the All India United Democratic Front (AIUDF) in Assam was wrong, while Ghulam Nabi Azad said that the party should have a committee at the AICC level to deal with the alliance, the source said.

The party’s in-charge for Kerala, Tariq Anwar, told the Committee that Congress became overconfident which led to it’s defeat in the state, and by the time it realised the same, it was too late, the source said.

However, Rahul Gandhi was not present in the meeting as he is still recovering from the COVID-19 virus.

Strengthen yourself and come back stronger: Shilpa Shetty Kundra