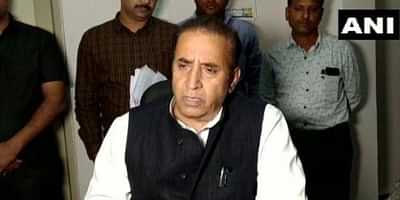 The Delhi High Court on Thursday sought CBI’s reply on a plea by its official Abhishek Tiwari, seeking bail in connection with alleged leak of the probe agency’s preliminary inquiry report in a corruption case against former Maharashtra Home Minister Anil Deshmukh.

Justice Yogesh Khanna issued notice on the bail plea and listed the matter for further hearing on September 27, along with a similar petition of the co-accused and Deshmukh’s lawyer Anand Daga. The CBI had registered a case against its sub-inspector Tiwari, Nagpur-based advocate Daga and others on various allegations, including illegal gratification.

Daga was arrested for allegedly trying to subvert the Bombay High Court-directed preliminary enquiry against Deshmukh. According to the plea, Tiwari was detained on August 30, arrested on September 1 and is in judicial custody since September 6.

Tiwari has challenged a special CBI court’s September 8 order which had rejected his bail application. “The petitioner is a victim of circumstances in as much as he has been made scapegoat and victimised by his senior in the CBI in order to put undue pressure for reason best known to them whereas in the facts and circumstances of the case, the petitioner is not involved in the alleged offence as put forth in the present Crime case,” said the plea, filed through advocates Meenesh Dubey and Abdhesh Chaudhary.