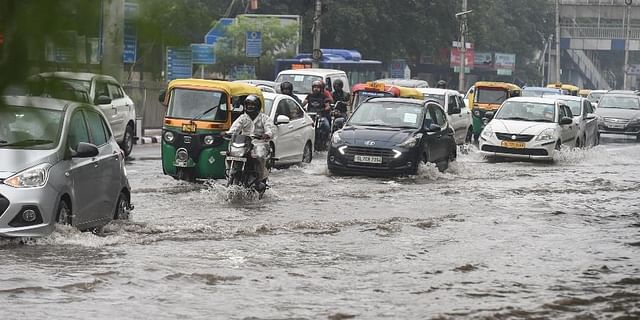 A highly unusual monsoon season this year has yielded 1,100 mm of rainfall in Delhi so far, the highest in 46 years, and almost double the precipitation recorded last year, the India Meteorological Department (IMD) said on Saturday.

The figures are subject to change as more rainfall is predicted in the city during the day.

“The Safdarjung Observatory, which is considered the official marker for the city, had gauged 1,150 mm of rainfall in the 1975 monsoon season. This year, the precipitation has already hit the 1,100-mm mark and the season has not ended yet,” an IMD official said.

The monsoon withdraws from Delhi by September 25.

“Light to moderate rain is likely in the next two days. Another wet spell is predicted around September 17-18,” the official told PTI.

It has been a bountiful September for Delhi, with 343.6 mm of rainfall recorded so far this month, which is the highest in at least 12 years, according to data available on the IMD’s website.