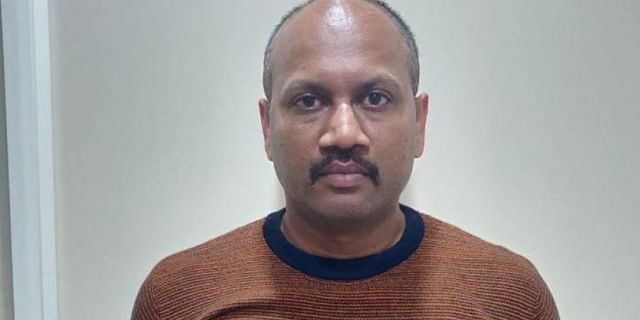 Pune police on Thursday arrested Kiran Gosavi, an independent witness of the Narcotics Control Bureau (NCB) in the drugs-on-cruise case, in connection with a 2018 cheating case registered against him here in Maharashtra, a senior official said.

He did not surrender before the police, the official said.

Gosavi, said to be a “private investigator” whose photos and videos with actor Shah Rukh Khan’s son Aryan Khan went viral on social media after the NCB’s raid on the cruise ship off the Mumbai coast on October 2, had been absconding.

Recently, another witness in the drugs case, Prabhakar Sail, told media persons that he had overheard Gosavi telling one Sam D’Souza over the phone, after Aryan Khan was brought to the NCB office following the October 2 raid on the cruise ship, about a demand of Rs 25 crore and “to settle at Rs 18 crore as they have to give Rs eight crore to Sameer Wankhede”.

Gosavi had on Monday refuted the extortion claims made by Sail, and said he will surrender before Lucknow police.

On Thursday, Pune Commissioner of Police Amitabh Gupta said they have arrested Gosavi in connection with the 2018 cheating case registered against him.

Gosavi was arrested from a lodge in Katraj area here by the Pune police at 3 am, and he will produced in a court following the due procedure, Gupta said in a press conference.

“There was a case of cheating in Pune city in 2018 in which Gosavi was the main accused,” the official said.