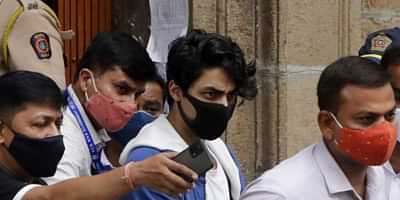 Aryan Khan, son of superstar Shah Rukh Khan, is set to walk out of Mumbai’s Arthur Road prison after officials Saturday morning opened the bail box outside the jail to collect his papers.

“The bail order box outside the prison was opened around 5:30 am and the officials collected six to seven bail orders, including those of Aryan. He is expected to be released within an hour,” a jail source said.

While granting Aryan bail on Thursday in the drugs-on-cruise case, the Bombay High Court imposed 14 bail conditions on him, paving the way for his release from jail.

In the five-page order, the high court said that Aryan Khan and and his two co-accused Arbaaz Merchant and Munmun Dhamecha, who were also granted bail, shall be released on a personal bond of Rs one lakh each with one or two sureties of the same amount.