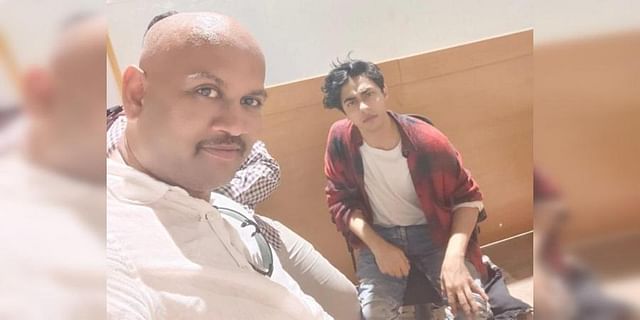 Pune City Police has issued a lookout notice for Kiran Gosavi, the man who made headlines after he was seen accosting Bollywood actor Shah Rukh Khan’s son Aryan Khan at Narcotics Control Bureau’s (NCB) office in a viral selfie.

City police commissioner Amitabh Gupta said that the lookout notice was issued on Wednesday and bars him from going outside the country. Police informed that Gosavi is wanted in a case registered with Pune city police in 2018, wherein a chargesheet has been submitted to the court.

Gosavi was the witness in the NCB raid on the cruise ship off the Mumbai coast on October 2. Maharashtra minister and NCP leader Nawab Malik had raised objections to Gosavi’s presence at the NCB office after the arrest of Aryan Khan in the drugs case.

Meanwhile, the NCB had clarified that Gosavi was not an officer or employee of the agency. A case was registered against Gosavi with Faraskhana police station of Pune city on May 19, 2018 for allegedly committing fraud by promising a person a job in Malaysia by taking money.

However, he neither returned the money nor offered the job to the complainant. The accused was booked under sections 419, 420 of the Indian Penal Code (IPC) along with relevant sections of the Intellectual Technology (IT) Act. Chargesheet was filed in the court as the accused was not found. He is still wanted in the case.