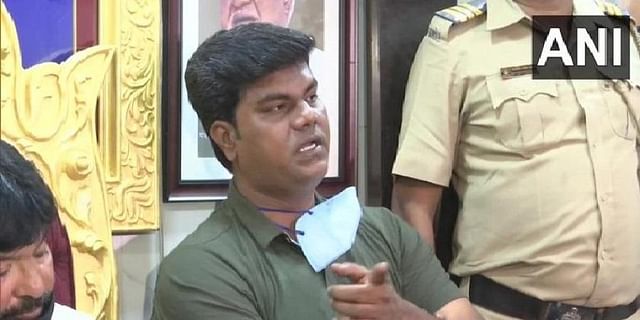 Palghar Police on Friday registered a non-cognizable offence against Prabhakar Sail, an Narcotics Control Bureau (NCB) witness in the drugs-on-cruise case, for allegedly misusing Hainik Bafna’s picture to portray him as Sam D’Souza.

According to the police, Bafna, a resident of Palghar, had filed a complaint against Sail with Palghar Police.

Earlier on Thursday, NCB’s Deputy Director General (Northern Region) Gyaneshwar Singh had written a letter to Mumbai Police Commissioner urging him to ask Sail to appear before Special Enquiry Team (SET) on Friday to record his statement and submit evidence.

Singh is heading the Special Enquiry Team (SET) which has been constituted to probe allegations against NCB Zonal Director Sameer Wankhede in the drugs-on-cruise case.

Sail, who is the personal bodyguard of Kiran Gosavi and also a witness in the Mumbai cruise ship raid case, levelled allegations of corruption against Gosavi and Sameer Wankhede.

Mumbai Police on Thursday said that on the night of October 27, they took Prabhakar Sail, a witness in the drugs-on-cruise case who has alleged payoff in the case, to different locations in Mumbai where, as he alleged, transfer of money and other alleged offences related to the case took place.

An NCB team busted an alleged drugs party on the Cordelia Cruise ship which was on its way to Goa on October 2. A total of 20 people have been arrested in the case.