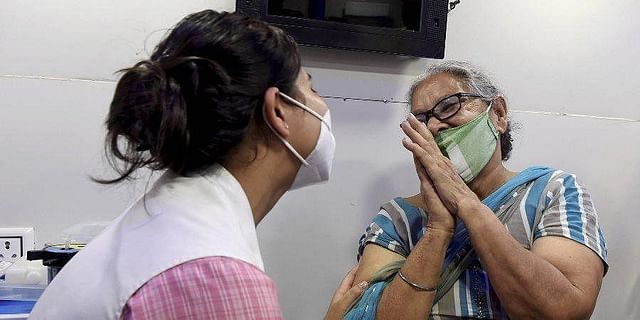 Navratri festivals in many states have thrown up visuals of unguarded intermingling of people, raising fresh worries of a sudden rise in COVID cases, the pace of vaccination over the last several days has also taken a bad hit.

Rise in daily vaccinations that began in late August has plummeted to under 50 lakh doses over the last few days, while there has not been a single one crore plus vaccination day during this month so far. As a result, only about 54 lakh doses of vaccines were administered on an average every day in October thus far, registering a sharp decline from September when the daily average was over 80 lakh.

Between October 1 and 15, a total of 8,12,41,556 jabs were administered. Overall, 97.57 crore shots have been administered in the country since January 16 when the vaccinations started.Officials in the health ministry conceded that the dip in daily vaccination has been worrying.

“This is particularly concerning, given that we have asked states to raise the pace of vaccination in the wake of the festive season and pay special emphasis on inoculating those due for their second doses,” a senior official told The New Indian Express.

Last month, the Centre had advised the states that only those fully vaccinated should attend mass gatherings, but authorities maintained that there was no way to ascertain that this advisory had been followed anywhere.

Warning people of the threat of a COVID-19 resurgence, Lav Agarwal, joint secretary in the ministry, had last week asked people to watch “October, November, December”, underlining that these months will be crucial.

Rahul Dravid to take over as head coach of Indian team!