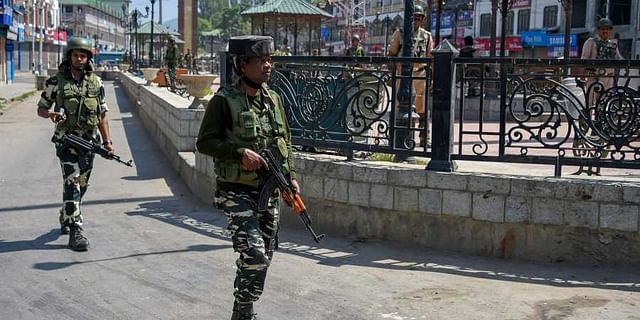 After the killing of three minority community members and a non local by militants in Kashmir last week, at least six non-migrant Kashmiri Pandit families and many families of Pandits, who had taken up jobs in Valley under PM’s job package, have left the Valley while the Pandit groups have demanded setting up of three separatist Pandit townships in the Valley and urged the majority (Muslim) community to make announcements from mosques appealing their community to stand with minorities to instill confidence among them.

About 808 Kashmiri Pandit families comprising about 3400 souls did not migrate after eruption of militancy in 1990 and are living in different parts of the Valley.  Tickoo said many Pandit families who had taken up jobs in the Valley under PM’s job package, have also left the Valley after the killings.

Tickoo urged the majority (Muslim) community to make announcements from mosques appealing their community to sand with minorities.“We don’t need security men at our homes. We want our majority community Muslims and sisters in our homes. These steps can instill confidence among the minority
community including Pandits and Sikhs and prevent 1990 like exodus of Pandits from the Valley,” he said.
The government has taken many steps including increasing security at the transit accommodations for Pandits in the Valley, where the Pandits, who have taken up jobs under PM’s package, are staying with their families.