Firepower enhanced along LAC in Arunachal 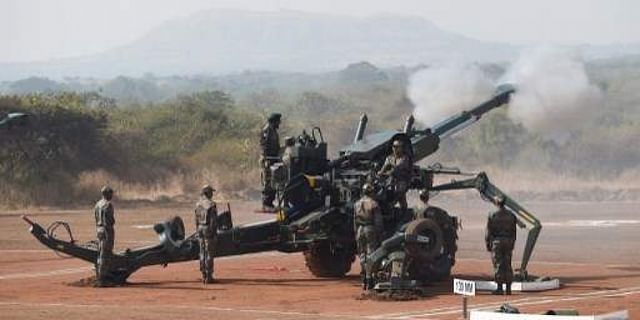 Captain Sariya Abbasi said on Wednesday, “Upgraded L 70 has been deployed in the area as a potent weapon system against low-level air threats to include unmanned aerial vehicle, unmanned combat vehicle, helicopters and modern aircraft.” Captain Abbasi is Troop Commander of Army Air Defence Unit deployed close to the LAC.

L70 Air Defence Gun is a legacy equipment. Two hundred such guns have been indigenously upgraded by Indian defence PSU BEL. These can fire 300 rounds per minute at a range of more than three kms. The gun has been added with automatic target tracking capability, incorporated with high resolution electro optic sensor to include day and night television camera, thermal imaging camera and laser range finder.

Another significant addition is the upgraded Bofors guns with automatic tracking capability. Captain Prateek, serving with the Bofors regiment in Bum La sector, explained its advantages. “This has added speed and accuracy in providing gun support to the Infantry Units deployed ahead on the LAC.” Bofors has an effective range of over 40 kms.

Ultra-light Howitzer M777 guns have been added to the army’s arsenal. This gun gives the army the option of moving it to hilltops underslung a helicopter. A total of 145 M777s guns were commissioned in 2016 for Rs 5,070 crore. It can be transported to high altitude areas by helicopter. More than 70 guns have been inducted.