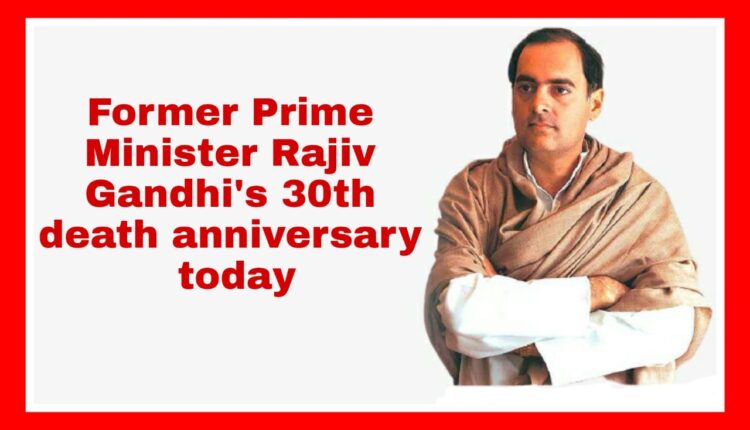 Today is the 30th death anniversary of former Prime Minister Indian and President of the Indian National Congres, Rajiv Gandhi. On this occasion, all political parties are paying tribute to the politician Rajiv Gandhi. Rajiv Gandhi was also remembered by the Congress party and leaders. At the same time, Congress has decided to celebrate this day in the form of service and goodwill.

At the same time, Priyanka Gandhi Vadra also tweeted while paying tribute to her father. Sharing a picture of Rajiv Gandhi, She wrote that there is no power than love, no greater courage than kindness, no greater power than compassion and no greater teacher than humility.

There is no greater strength than love, no greater courage than kindness, no greater power than compassion and no greater teacher than humility.#RememberingRajivGandhi pic.twitter.com/CPJZDCcl5R

Former Prime Minister Rajiv Gandhi died in a bomb blast on May 21, 1991. Liberation Tigers of Tamil Eelam (LTTE) militants launched a suicide bomber attack on Rajiv Gandhi during the election campaign in Sriperumbudur in Tamil Nadu, in which he lost his life. Rajiv Gandhi’s period in office was mired in controversies. In 1988, he reversed the coup in the Maldives, antagonizing militant Tamil groups such as PLOTE, intervening and then sending peacekeeping troops to Sri Lanka in 1987, leading to open conflict with the LTTE.

During his leadership, while Rajiv Gandhi, campaigning for the Lok Sabha elections, approached a woman with a flower necklace and went very close to him and blew his body with a bomb.

Rajiv Gandhi served as the 6th Prime Minister of India from 1984 to 1989. He took charge of the country after the assassination of mother Prime Minister Indira Gandhi. He became the youngest Indian Prime Minister at the age of 40. Rajiv Gandhi is known for bringing the computer revolution in India, strengthening the Panchayati Raj.