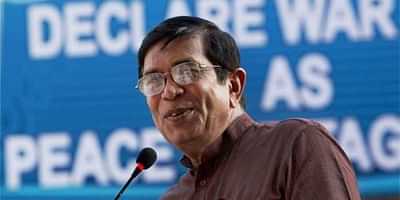 Senior Congress leader and former Union Minister Oscar Fernandes breathed his last at a private hospital in the city on Monday. He was 80.

Oscar was hospitalised on July 19, a day after he fell down unconscious during morning exercise in his Mary Hill apartment.

A blood clot was detected in his brain following which he was being treated in ICU. His health condition was being closely being monitored by a team of renowned doctors including those from AIIMS, Delhi. He was critical initially but recently, sources close to him said he had started responding to the treatment.

His wife Blossom, son Oshan, and daughter Oshanie were present when he breathed his last.