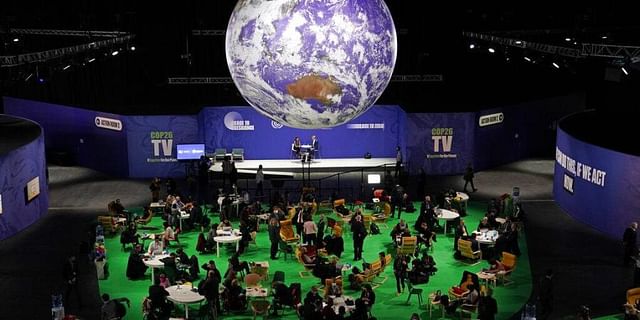 As this year’s U.N. climate talks go into their second week, negotiations on key topics are inching forward. Boosted by a few high-profile announcements at the start of the meeting, delegates are upbeat about the prospects for tangible progress in the fight against global warming.

Laurent Fabius, the former French foreign minister who helped forge the Paris climate accord, said the general atmosphere had improved since the talks began Oct. 31 and “most negotiators want an agreement.”

But negotiators were still struggling late Saturday to put together a series of draft decisions for government ministers to finalize during the second week of the talks.

“People are having to take tough decisions, as they should,” Archie Young, the U.K.’s lead negotiator, said Saturday.

Here’s the state of play in four main areas halfway through the U.N. climate talks in Glasgow:

Each Conference of the Parties, or COP, ends with a general statement. It’s as much a political declaration as a statement of intent about where countries agree the effort to combat climate change is heading.

A flurry of announcements at the start of the COP26 talks in Glasgow on issues including ending deforestation, cutting methane emissions, providing more money for green investments and phasing out the use of coal could be reflected in this final declaration. Even though only some countries signed on to each of those deals, others would be encouraged to add their signatures at a later date.

Affirming the goal of keeping global warming at or below 1.5 degrees Celsius (2.7 degrees Fahrenheit) by the end of the century, compared to pre-industrial times, is also seen as important. With greenhouse gas emissions continuing to rise, host Britain has said it wants the Glasgow talks to “keep 1.5 C alive.” One way to achieve that would be to encourage rich polluters in particular to update their emissions-cutting targets every one or two years, rather than every five years as now required by the Paris accord.