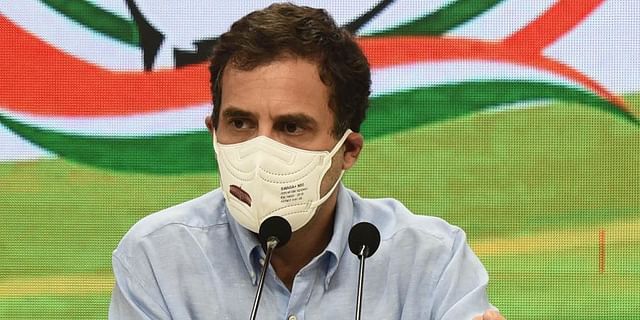 Congress leader Rahul Gandhi on Friday accused the government of doublespeak over the ‘Made in India’ slogan, which he dubbed as a mere ‘jumla’ (rhetoric).

His remarks came after Foreign Secretary Harsh Shringla expressed concern over the growing trade deficit with China as India’s trade with it grew by 49 percent in the first nine months of this year.

“The Usual Doublespeak. #MadeInIndia #Jumla,” he said in a tweet.

He also tagged a media report that said the trade with China grew by 49 percent with Shringla red-flagging the deficit.

The report said in the first nine months of this year, India’s trade with China touched USD 90 billion, an increase of 49 percent.

The trade, however, remains unbalanced with a large trade balance in favour of China, Shringla had said.

“Our trade deficit concerns are two-fold – the first is the actual size of the deficit. The trade deficit for the nine months period stood at USD 47 billion. This is the largest trade deficit we have with any country. Second, is the fact that the imbalance has continuously been widening,” the foreign secretary had said.