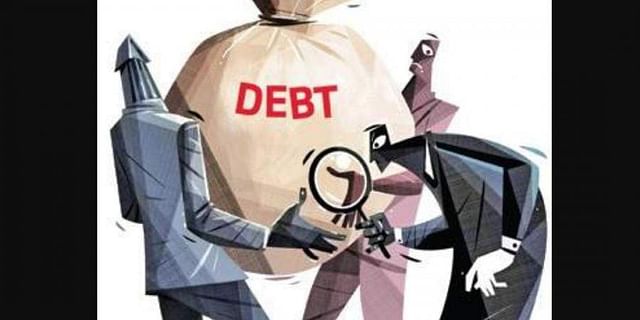 India’s general government debt will likely touch 90.6% in 2021, up by 1% from 2020, but will likely reduce to 85.2% by 2026, according to the IMF’s Fiscal Monitor report released on Wednesday. This is still higher than the pre-pandemic level of 74.1% in 2019. According to IMF, countries with obedient debt rules manage to reverse debt jumps of 15% of GDP in only about 10 years, provided there are no new shocks.

Within Asia, India perhaps ranks among the top three countries with the highest debt-to-GDP ratio. Japan continues to be the world’s largest borrowers with its debt-to-GDP touching 256.9% this year, while Sri Lanka (within Asia) is the next largest debt holder at 109.3% of GDP. China’s is estimated at 68.9%, lower than the Asia’s projected 70.1%.

The 190-odd countries collectively borrowed $27 trillion last year, the largest ever annual debt accumulation on record. But over 90%, or more than $24.3 trillion debt, belongs to advanced economies and China alone, while the rest of the world borrowed the remaining $2.7 trillion, the IMF said. With fiscal poilcy remaining supportive, primarily in the form of spending and support programmes, the European Union and the US are likely to add a cumulative $4.6 trillion to world GDP between 2021 and 2026, but in effect, global government debt will likely remain at record-high levels of close to, but below, 100% of GDP at least until 2026. In 2021, it’s projected at 97.8% of GDP.

In absolute terms, global debt including governments, households and non-financial corporations, touched $226 trillion in 2020 and is expected to have crossed $300 trillion last month. In all, governments and central banks globally have poured in $25 trillion in monetary and fiscal stimulus since the onset of the pandemic to boost economies, strengthen banks and stabilise financial markets. Of this, $16.9 trillion was in fiscal measures, most of which is set to expire this year.

Interestingly, China and the US stand out with early and strong recoveries, and yet fiscal policy continues to be accommodative. In contrast, in emerging markets and low-income developing countries, growth is held back due to low availability of vaccines, and as governments are shifting expenditures to address pandemic-related priorities.  Fiscal support has saved lives and jobs, still, the crisis is estimated to have thrown 65-75 million into poverty in 2021 relative to pre-pandemic trends.

Bitcoin tops $60,000 for the first time since April as US mulls exchange-traded fund

Fully vaccinated foreign visitors can enter US from November 8