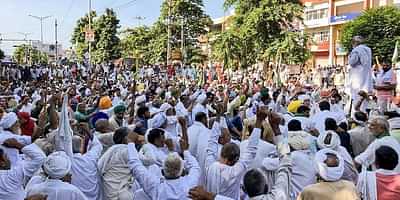 In view of farmers’ agitation in Karnal, the Haryana government on Thursday suspended the internet and SMS services in the district to “prevent any disturbance of peace and public order”.

As per a statement released by the state Home Affairs Department, the services will remain suspended from 7 in the morning till 11.59 in the night “in order to stop the spread of misinformation and rumours through various social media platforms such as WhatsApp, Facebook, Twitter, etc. on mobile phone and SMS for facilitation and mobilisation of mobs of agitators and demonstrators who can cause serious loss of life and damage to public and private properties by indulging in arson or vandalism and other types of violent activities.”

Meanwhile, the internet and SMS services have remained disrupted in Karnal since Monday in view of the Mahapanchayat and call for gherao of the mini secretariat in the district in protest against lathi charge against the farmers on August 28.

The farmers continue their demonstration outside the secretariat after talks with the district administration failed over their call for action against officials involved in lathi-charge.