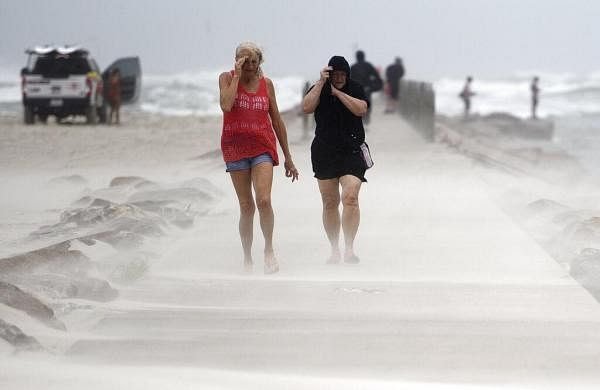 Hurricane Nicholas made landfall along the Texas coast on Tuesday, bringing the threat of up to 20 inches of rainfall to parts of the Gulf Coast, including the same area hit by Hurricane Harvey in 2017 and storm-battered Louisiana.

Nicholas touched down on the eastern part of the Matagorda Peninsula, about 10 miles (17 kilometers) west southwest of Sargent Beach, Texas, with maximum winds of 75 mph (120 kph), according to the National Hurricane Center in Miami.

Nicholas was she 14th named storm of the 2021 Atlantic hurricane season.

The storm was moving north northeast at 10 mph (17 kph) and the center of Nicholas was expected to move slowly over southeastern Texas on Tuesday and over southwestern Louisiana on Wednesday.

3 dead, over 19 lakhs affected in heavy rainfall in Odisha